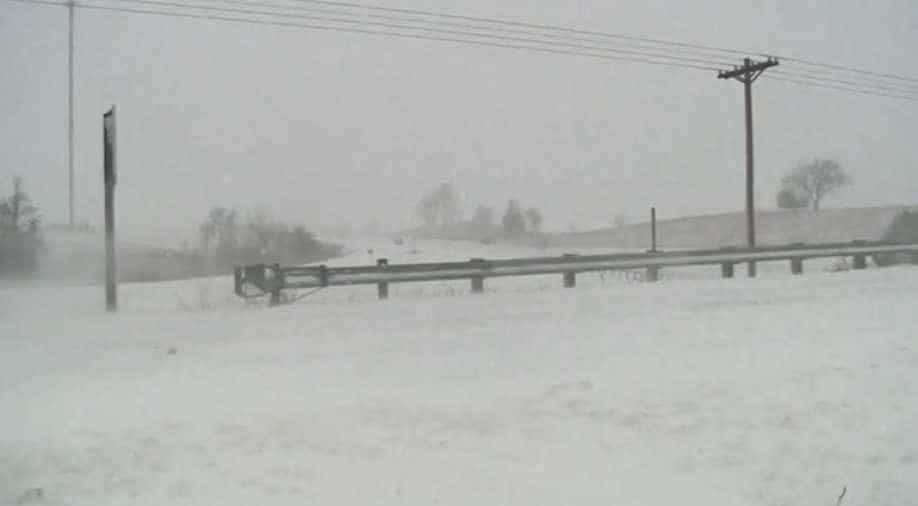 Blizzard warnings were issued in areas stretching across northeast Kansas to Chicago.

Many holiday travellers in the United States were stuck at airports on the final day of Thanksgiving weekend after more than 1,240 flights were cancelled because of a blizzard that swept across the Midwest, according to weather officials.

More than 1,240 fights headed to or from the United States were cancelled by Sunday evening, according to FlightAware.com.