Storm Eunice: Gusts of up to 80mph are set to hit the UK, yellow warning issued 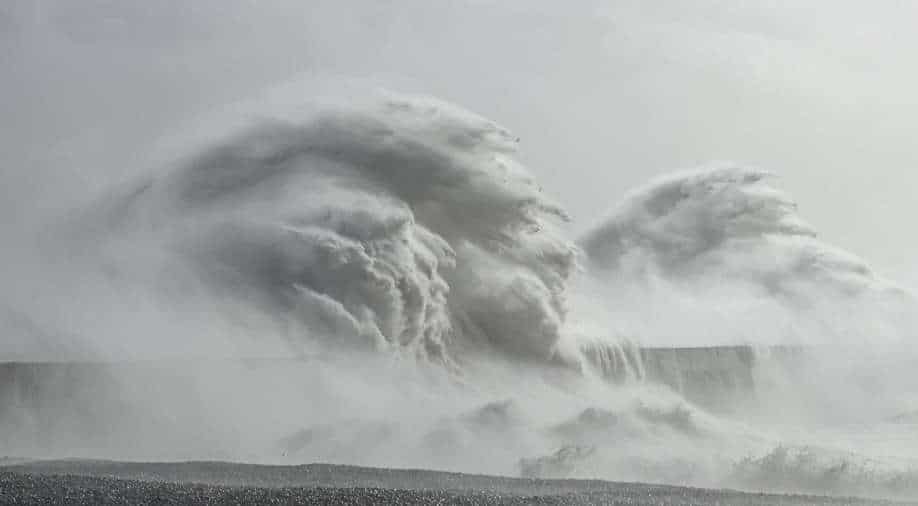 Storm Eunice: Gusts of up to 80mph are set to hit the UK, yellow warning issued Photograph:( Twitter )

Weather forecasters have predicted that gusts of up to 80mph are set to hit the UK again on Sunday. Storm Eunice, which has brought in extreme weather conditions in the country, has also knocked 1.4 million households off the grid with emergency crews Saturday battling to restore power.

There will be a yellow warning for wind in place in England and Wales from midday on Sunday until 3 pm on Monday. At several other places like, northern Ireland, north-west England, and south-west Scotland, another warning will be in place until midday on Monday.

Met Office forecaster Simon Partridge, while speaking to the Guardian said that we can expect “wet and windy weather” to continue into next week. This will also impact the recovery.

Also read | 13 dead in Europe due to Storm Eunice, power shut down in over one million homes

He said, “Eunice is gone, but unfortunately things are not settling down. There is another area of low pressure up near Iceland, and that will bring very strong winds again through Sunday. As well as that we’ve got reasonably heavy rain as well."

Storm Eunice sparked the first-ever "red" weather warning for London on Friday. It was one of the most powerful tempests in Europe since the "Great Storm" hit Britain and northern France in 1987.

Peter Inness, a meteorologist at the University of Reading in England, attributed the storms to an unusually strong jet stream over the eastern Atlantic Ocean, with winds close to 200 mph (321 kph) at high altitudes.

“A strong jet stream like this can act like a production line for storms, generating a new storm every day or two,” Inness said.

“There have been many occasions in the recent past when two or more damaging storms have passed across the UK and other parts of Europe in the space of a few days.”