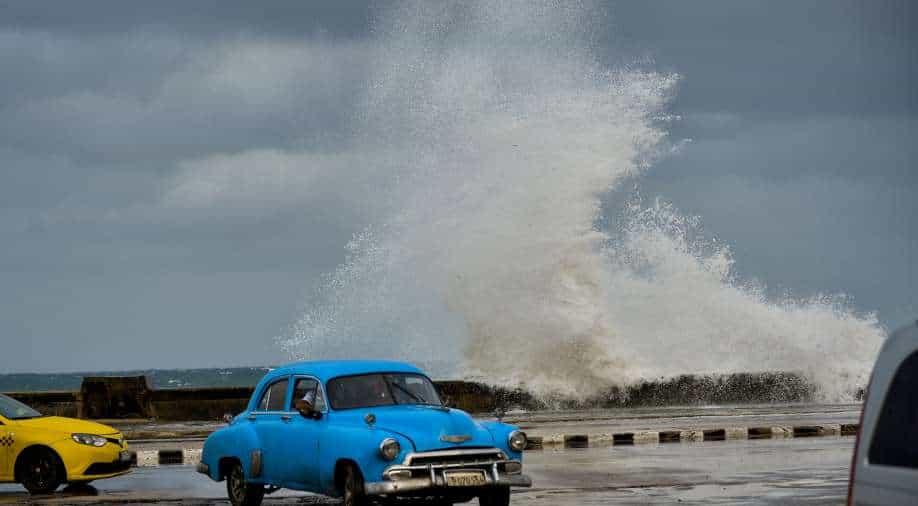 The US National Hurricane Centre said it was "forecast to become a hurricane before it reaches the Florida Keys tonight."

Tropical Storm Eta headed towards Florida on Sunday and was set to strengthen into a hurricane again after slamming Cuba and earlier cutting a deadly path through Central America and southern Mexico.

As the storm left Cuba, the US National Hurricane Center said it was "forecast to become a hurricane as it moves near or over the Florida Keys tonight and early Monday."

Eta brought strong winds and torrential rain to Cuba after having cut a destructive and deadly path through parts of Central America and southern Mexico.

Cuba's meteorology institute Insmet said Eta made landfall at 4:30 am (0930 GMT) on the border between the central provinces of Sancti Spiritus and Ciego de Avila and left the island by the northern coast nearly five hours later.

Its maximum sustained winds were around 95 kilometers per hour (about 60 miles per hour) with higher gusts.

A tropical storm is considered a hurricane when it hits wind speeds of 74 miles per hour.

While leaving the island, Eta punished the archipelago of Jardines del Rey, north of Ciego de Avila, but state television reported that the 600 foreign tourists vacationing there were protected.

Heavy rains were reported in the eastern half of Cuba, where authorities have evacuated thousands of people due to the risk of flooding.

President Miguel Diaz-Canel convened an emergency government meeting and "no loss of life or significant damage to homes have been reported," according to state media.

Before the storm arrived, 74,000 people were evacuated, 8,000 of them to shelters set up by the authorities, the reports said.

The Hurricane Centre said forecasts showed "the center of Eta will continue to move over the Florida Straits between Cuba and the Bahamas this afternoon, pass near or over the Florida Keys tonight and early Monday, and be over the southeastern Gulf of Mexico late Monday and Tuesday."

Florida Governor Ron DeSantis also declared a state of emergency in the state's southern counties on Saturday in advance of the storm, even as residents in the rain either protested or celebrated Joe Biden's win in the US presidential election

Eta hit Nicaragua on Tuesday as a powerful hurricane before losing strength. It caused torrential rains that have left some 200 victims dead or missing in Central America.

The most affected country has been Guatemala, where about 150 people are missing.

In Honduras, heavy flooding in the north and northwest of the country killed 23 people, according to authorities. Torrential rain and a bitter cold front linked to Eta have also claimed at least 20 lives in the southern Mexican state of Chiapas.