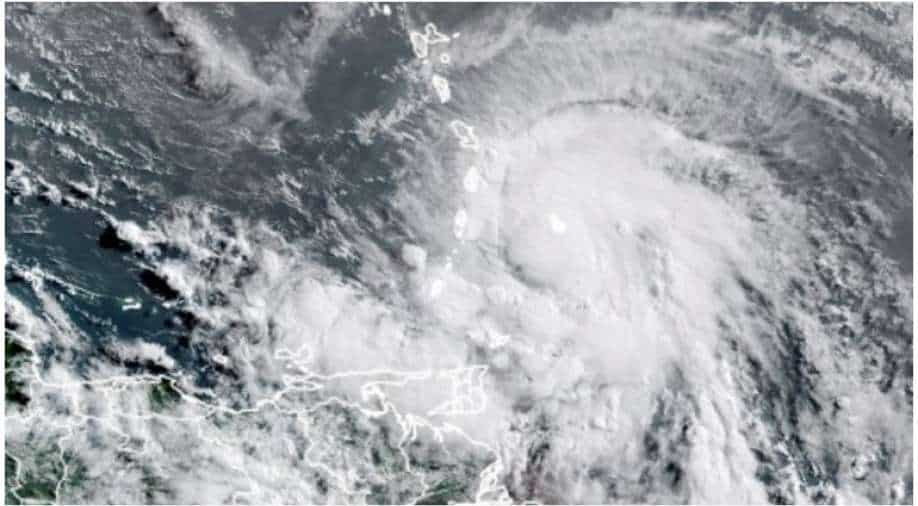 Flooding, mudslides and destructive gusts were expected as the storm -- downgraded from hurricane status but still powerful -- crept north toward the United States

Tropical storm Elsa battered Jamaica and Cuba with winds and rain Sunday after claiming at least three lives while cutting a path of destruction through the Caribbean, authorities said.

Flooding, mudslides and destructive gusts were expected as the storm -- downgraded from hurricane status but still powerful -- crept north toward the United States.

"Across portions of southern Haiti and Jamaica, storm total rainfall of 4 to 8 inches (10 to 20 centimeters) with isolated total amounts of 15 inches are expected through today," the US National Hurricane Center (NHC) said Sunday.

The NHC reported a tropical storm warning for Cuba, Jamaica and the Florida Keys, with a weakening Elsa forecast to hit western Florida as early as Tuesday.

In Surfside, Florida, where a high-rise condo building collapsed on June 24, authorities said they might topple a remaining part of the building in a controlled implosion as early as Sunday -- avoiding the risk that Elsa might bring it down more destructively.

Centered in waters north of Kingston, Jamaica, it was beginning to be felt on Cuba's southern coast, with forecasters predicting heavy rains and "strong and intense" wind gusts.

On the southern coast of the Dominican Republic, a 15-year-old boy was killed Saturday near Bahoruco when a wall collapsed; and a 75-year-old woman in Bani met a similar fate, the Listin Diario newspaper said.
A third person died in Soufriere on the island state of Santa Lucia, the Caribbean Disaster Emergency Management Agency (CDEMA) said, without offering details.

Heavy winds led to widespread electricity and water outages, the CDEMA said. It said hundreds of homes in Barbados were damaged.

Haiti, which shares the island of Hispaniola with the Dominican Republic, reported no deaths or "serious damage" though some crops were battered, according to Jerry Chandler, who heads that country's civil protection agency.

On Friday, Elsa -- then packing winds of 75 miles per hour --  became the first hurricane of the Atlantic season before weakening to tropical-storm status on Saturday.