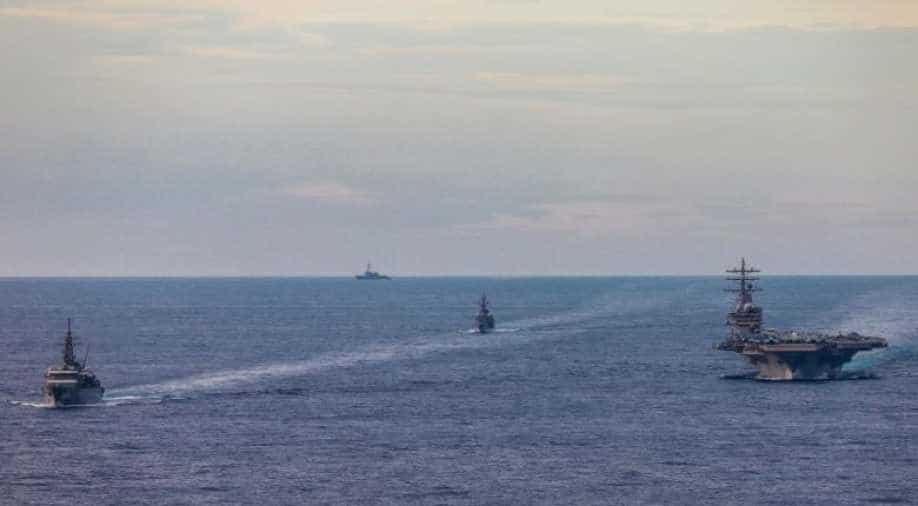 The Philippine coast guard said it detected the boats "in line formation" at Whitsun Reef around 320 kilometres west of Palawan Island on March 7.

The Philippines defence ministry urged China to stop "incursion" after it spotted over 200 boats near a disputed reef in the South China Sea.

"We call on the Chinese to stop this incursion and immediately recall these boats violating our maritime rights and encroaching into our sovereign territory," defence secretary Delfin Lorenzana said, adding, "This is a clear provocative action of militarizing the area. These are territories well within the Philippine Exclusive Economic Zone."

The Philippine coast guard said it detected the boats "in line formation" at Whitsun Reef around 320 kilometres west of Palawan Island on March 7.

China is involved in the ongoing dispute with several nations including Taiwan, Malaysia, Vietnam, the Philippines and Brunei over islands in the South China Sea.

An international tribunal had earlier invalidated China's claim to 90 per cent of the South China Sea, however, Beijing does not recognise the ruling.

The military has submitted its findings to government agencies in order to take "appropriate actions not limited to filing diplomatic protests".

In August last year, the Philippines had accused China of illegally occupying its maritime territory amid fresh row over the disputed Scarborough shoal which China had seized from the Philippines in 2012 after a standoff.

In 2019, the Philippines had once again complained against hundreds of Chinese ships which it said were seen near Pag-asa island.