Stocks in biggest weekly loss since 2020 on interest-rate worries 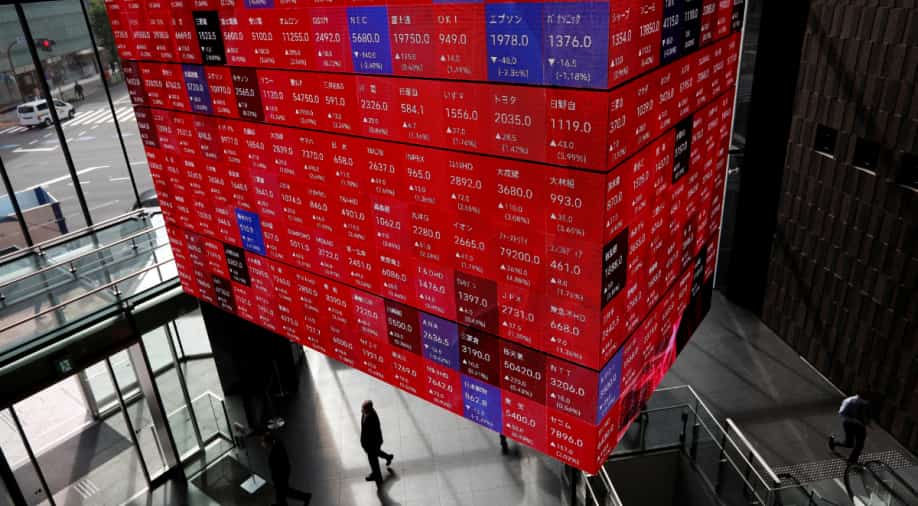 The U.S. Federal Reserve's biggest rate hike since 1994, the first such Swiss move in 15 years, a fifth rise in British rates since December and a move by the European Central Bank to bolster the indebted south all took turns roiling markets

World stocks on Friday closed out their steepest weekly slide since the pandemic meltdown of March 2020, as investors worried that tighter monetary policy by inflation-fighting central banks could damage economic growth.

The US Federal Reserve's biggest rate hike since 1994, the first such Swiss move in 15 years, a fifth rise in British rates since December and a move by the European Central Bank to bolster the indebted south all took turns roiling markets.

The Bank of Japan was the only outlier in a week where money prices rose around the world, sticking on Friday with its strategy of pinning 10-year yields near zero.

After sharp early losses, world stocks steadied somewhat to ending Friday's session down by just 0.12 per cent. The weekly slide of 5.8 per cent was the steepest since the week of March 20, 2020.

"Inflation, the war and lockdowns in China have derailed the global recovery," economists at Bank of America said in a note to clients, adding they see a 40 per cent chance of a recession in the United States next year as the Fed keeps raising rates.

"We look for GDP growth to slow to almost zero, inflation to settle at around 3 per cent and the Fed to hike rates above 4 per cent."

The Fed on Friday said its commitment to fight inflation is "unconditional". Fears that its rate hikes could trigger a recession supported Treasury prices and slowed the rise in yields, which fall when prices rise. Ten-year Treasury yields retreated to 3.22944 per cent after hitting an 11-year high of 3.498% on Tuesday.

"The more aggressive line by central banks adds to headwinds for both economic growth and equities," said Mark Haefele, chief investment officer at UBS Global Wealth Management. "The risks of a recession are rising, while achieving a soft landing for the US economy appears increasingly challenging."

In Asia, MSCI's broadest index of Asia-Pacific shares outside Japan fell to a five-week low, dragged by selling in Australia. Japan's Nikkei fell 1.8 per cent and headed for a weekly drop of almost 7 per cent.

Bonds and currencies were jittery after a rollercoaster week.

Overnight in Asia, the yen tanked after the Bank of Japan stuck to its ultra-accomodative policy stance. The yen fell 2.2% by late Friday, bolstering the U.S. dollar, which rose 0.73% against a basket of major currencies.

Sterling fell 1% in New York as investors focused on the gap between U.S. and UK rates. The Bank of England is opting for a more moderate approach than the Fed.

"If a central bank does not move aggressively, yields and risk price in more in the way of rate hikes down the road," said NatWest Markets' strategist John Briggs.

"Markets may just be continuously adjusting to an outlook for higher global policy rates as global central bank policy momentum is all one way."