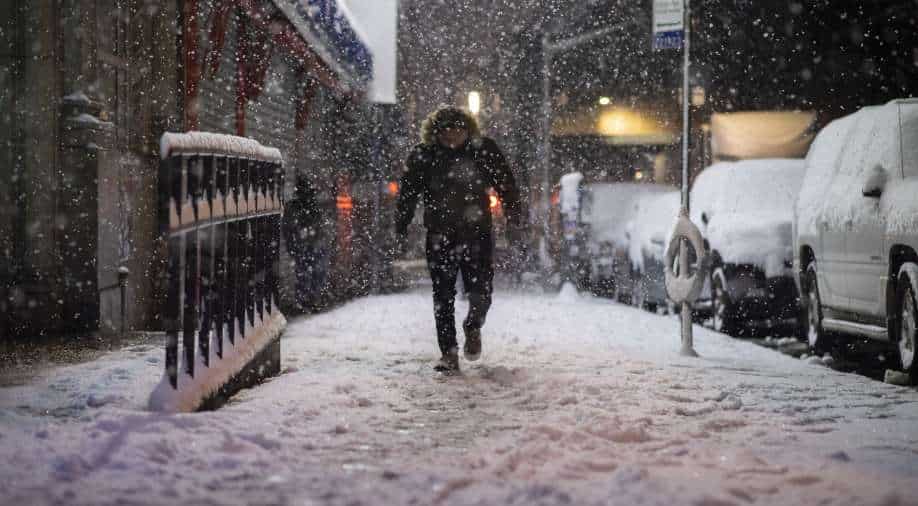 Winter storm in US Photograph:( The New York Times )

A strong winter storm brought heavy snow to parts of the Southeast and was expected to leave about 1 foot of snow in parts of the Northeast on Sunday, with damaging ice possible in the Carolinas and Mid-Atlantic states, making travel hazardous and power outages likely.

In the South, where some governors declared states of emergency Friday, areas such as central Mississippi had already received up to 6 inches of snow, while portions of Tennessee and Alabama received a mixture of snow and freezing rain, the National Weather Service said.

“This storm is going to be pretty significant in terms of generating travel impacts, outages and things of that nature,” said Rich Otto, a meteorologist with the weather service.

More than a quarter-inch of ice was expected to accumulate in the Piedmont regions of North and South Carolina on Sunday.

Forecasters said the storm system could bring more than 1 foot of snow to some areas, including parts of the Appalachians and upstate New York. Parts of the upper Midwest and northwest Pennsylvania could get up to 2 feet of snow, Otto said.

As the storm moves toward the Northeast on Sunday afternoon, it will remain inland, meaning cities closer to the coast, from Washington to Boston, will primarily receive heavy rain, Otto said.

Significant flooding was possible in parts of eastern Long Island, New York, and coastal New England on Sunday night and into Monday morning, he said.

Otto said that potential ice accumulations would be more severe in the Carolinas. The North Carolina Department of Transportation warned people Sunday to stay off the roads, posting pictures of streets blanketed in snow and ice.

Southwest Airlines warned travellers passing through airports across the South that flights could be delayed, diverted or cancelled. American Airlines and Delta made similar announcements related to the weather.