Spiral stairs, no sprinklers may have contributed to deadly Japan fire 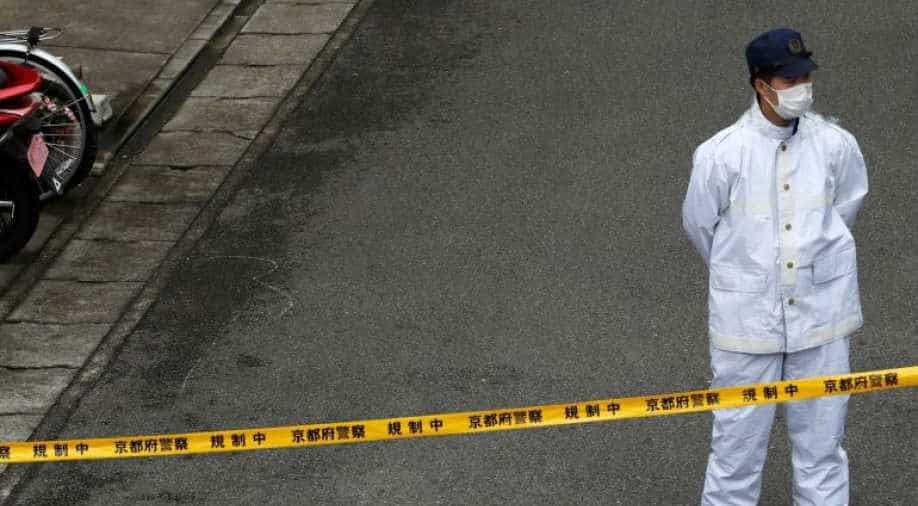 A police officer stands guard at a location where the suspected arsonist was detained, near the Kyoto Animation building which was torched by arson attack, in Kyoto, Japan, July 19, 2019. Photograph:( Reuters )

The fire that tore through a building in Japan killing 33 people may have spread so fast not only because it was fuelled by petrol but because it was funnelled up a spiral staircase and there were no sprinklers to douse it, experts said on Friday.

A man shouting "die" and screaming accusations of plagiarism sloshed what appeared to be petrol in the three-storey Kyoto Animation building on Thursday before setting it ablaze.

That alone could have been enough to make it impossible for victims to escape, architects said.

But an open, three-storey spiral staircase inside the building created an especially deadly environment for fire.

"The structure of the building was that it had one spiral staircase penetrating through three floors acting as a chimney, the most effective way of starting a fire," said Momoko Higuchi, a Tokyo-based architect.

"Because the fire was with petrol, the effect was like a bomb. Most died of smoke."

An inspection of the building in October had found no fire safety problems, he said.

Buildings usually fall into different categories depending on size, said Shinichi Sugawara, a professor emeritus at Tokyo University of Science.

While fire shutters are often required around structures like spiral staircases, to enclose then to prevent the spread of fire, Sugawara said he had heard that they were not needed in this case.

Some Japanese media has said that was because of the building's relatively small floor space.

"I personally think that all places like that should have shutters, and all buildings should have sprinklers, regardless of size," he said.

But the most lethal factor may simply have been the petrol.

"Petrol vaporizes quickly and really burns fast, and given the kind of business it was, there may have been a lot of papers and things lying around," Sugawara added.

"Then the smoke would rise up the stairs."