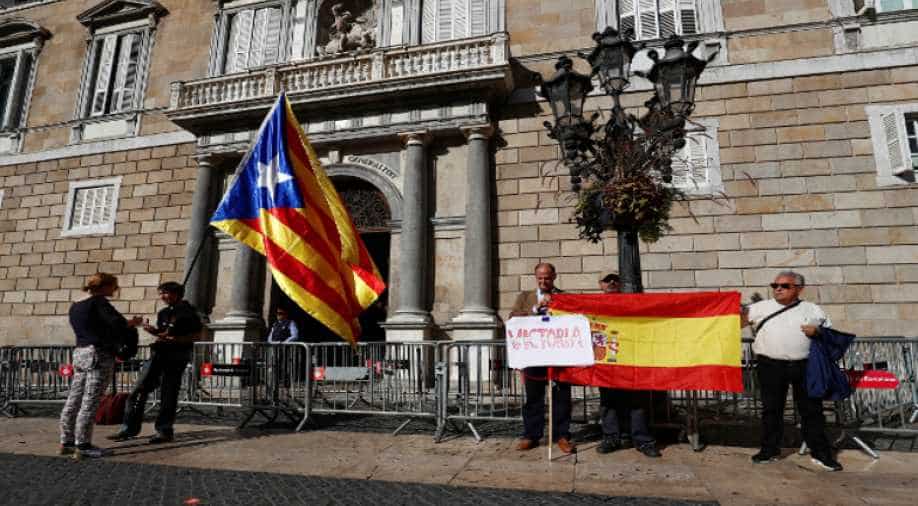 Attorney-General Jose Manuel Maza also called for charges of misuse of funds to be laid.?Under Spain's legal system, the request goes to a judge for consideration. Photograph:( Reuters )

Spain's state prosecutor on Monday called for rebellion and sedition charges to be brought against Catalonia's leaders over their push to separate from Spain.

Attorney-General Jose Manuel Maza also called for charges of misuse of funds to be laid. Under Spain's legal system, the request goes to a judge for consideration.

Maza asked the judge to call the secessionist leaders to testify.

Meanwhile, Spain's control over Catalonia will be tested on Monday (October 30) when politicians and civil servants return to work amid uncertainty over whether they will accept direct rule imposed by the central government to stop the region's independence bid.

Spain's Prime Minister Mariano Rajoy assumed direct control of the region on Friday (October 27). He sacked its secessionist government and called a snap election for Dec. 21.

The main civic group behind the pro-independence campaign have called for widespread civil disobedience and have given detailed instructions to the around 200,000 civil servants working for the Catalan region of how they should behave.

Most of them start their working day at 9 a.m. (0800 GMT) and, if too many did not turn up or decided not to accept instructions, it would cast important doubts over the Spanish government's strategy to draw a line under a one-month crisis that has dented economic growth and fuelled social unrest.

It is also not clear if senior government officials and lawmakers who declared the region's independence from Spain on Friday would try to gain access to their offices and if the Catalan police Mossos d'Esquadra would prevent them.

At Catalonia's finance ministry security was minimal and civil servants arrived to start the work week on Monday without disruption.