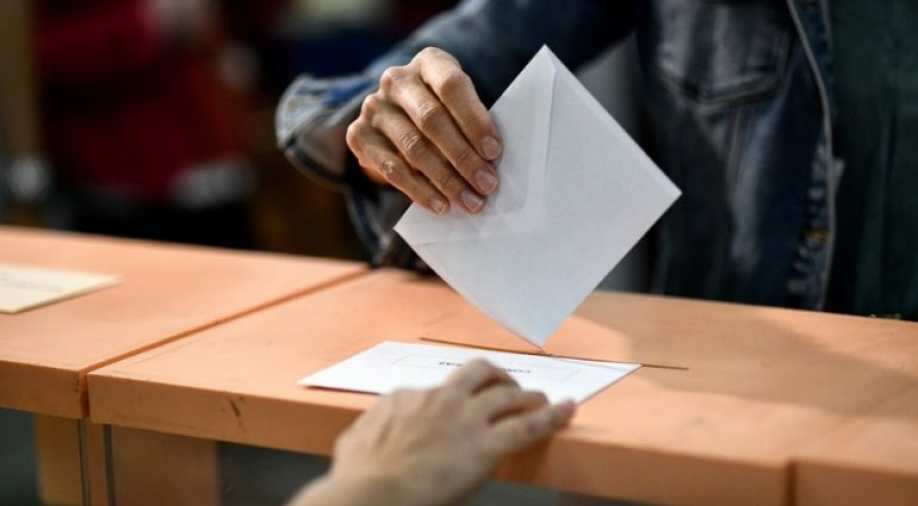 A woman casts her vote for the European, regional and local elections in Madrid. Photograph:( AFP )

The polls come a month after general elections on April 28 in which Sanchez's Socialist Party (PSOE) came first but without a majority in parliament.

Spain votes in local, regional and European elections on Sunday seen as a "second round" for acting Prime Minister Pedro Sanchez as he seeks to form a new government and gain influence in the EU.

The polls come a month after general elections on April 28 in which Sanchez's Socialist Party (PSOE) came first but without a majority in parliament.

He is hoping the party will perform well on Sunday so he can opt for his preferred plan of forming a minority government with the support of other parties on a case by case basis when passing laws.

But he will also be looking to the European Union, where Sanchez has emerged as the big hope for European social democrats, the second largest bloc in the European parliament.

Spain could be the only major EU member state where the Socialists come out top in elections to the European parliament.

On Friday, outgoing Foreign Minister Josep Borrell, whom Spain could push to become the EU foreign policy chief, told supporters Sanchez was going to "lead the resurgence of social democracy in Europe".

In a sign of Spain's increasing assertiveness in the EU and as of Sunday's polls neared, the government on Friday reacted strongly to British Prime Minister Theresa May's resignation.

"Under these circumstances, a hard Brexit appears to be a reality that is near impossible to stop," Spanish government spokeswoman Isabel Celaa warned as May's resignation paves the way for hardliners to take over.

She added Britain's anticipated "disorderly exit" from the EU was "a clear example of what can happen if we let ourselves get swept along by extremes".

On the domestic front, the results of local and regional elections may determine what Spain's new government looks like and Sanchez has urged supporters to "finish the work" of the general election and turn out in force.

While Sanchez wants to rule alone in a minority government, Pablo Iglesias, the leader of far-left party Podemos, is pushing him to form a coalition government.

Whether Sanchez accepts or not may depend on how both parties fare.

The Socialists "might need the support of Podemos to retain power in some regions, which Iglesias might use to pressure Sanchez into forming a coalition," said Teneo analyst Antonio Barroso.

But "Iglesias' party is on the decline according to the most recent polls, and PSOE might enjoy a certain 'honeymoon effect' after its victory in the April legislative election.

"If the distance between the two parties widens after Sunday, Sanchez will be in an even stronger position to head a minority government."

Polls suggest the Socialists will come out on top in most of the 12 regions going to the polls on Sunday.

But all eyes will be on Madrid which could swing left after being governed by the conservative Popular Party for 24 years.