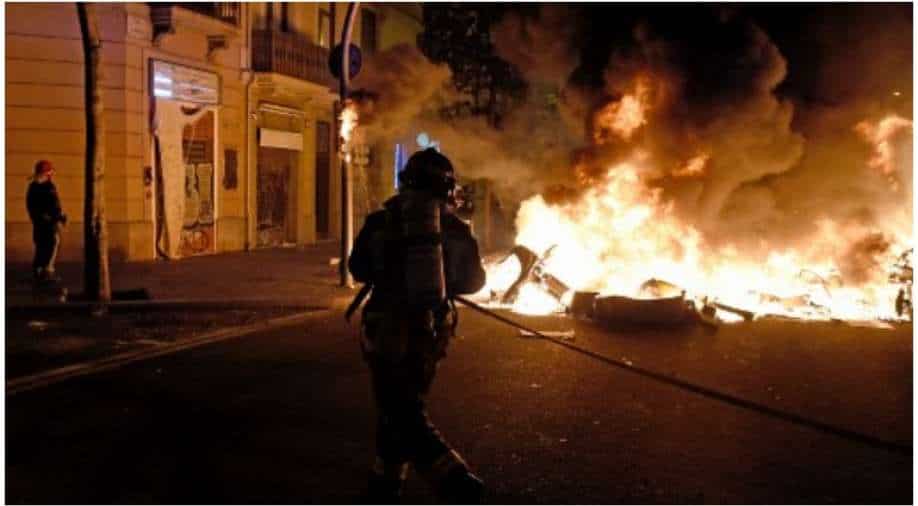 Known for his hard-left views, the rapper was arrested after failing to turn himself in on Friday to start a nine-month sentence over tweets calling former king Juan Carlos I a mafia boss

Protesters clashed with police for a third night over the jailing of a rapper for his controversial tweets. Angry demonstrations erupted after police detained Pablo Hasel (32) on Tuesday. Hasel was holed up in a university in Catalonia to avoid jail in a highly contentious free speech case. Dozens of people have been arrested since Tuesday night.

The violence has thrust the hard-left Podemos party -- the junior partner in Spain's leftwing coalition which has opposed Hasel's jailing and publicly supported the protesters -- into the firing line.

Burning rubbish bins and furniture was seen in the centre of the Catalan capital. 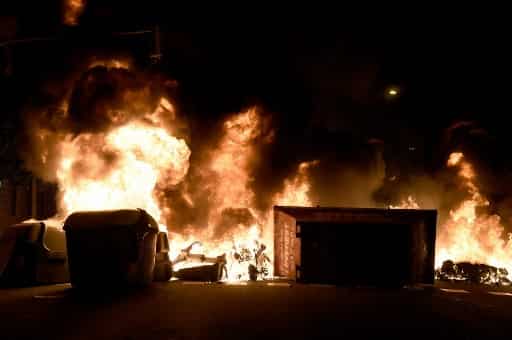 Newsroom of the newspaper El Periodico de Cataluna was attacked. Images of clashes in Valencia were shown on TVE television.

Hundreds of people gathered in Madrid's Puerta del Sol square calling for Hasel's release. The people hurled bottles at police who charged at them. The clashes lasted several hours as per AFP.

Police arrested 19 people, while the city's emergency services said 55 people were injured, among them 35 police officers.

In Barcelona and three other Catalan cities, demonstrators lobbed objects at police and set barricades ablaze on Wednesday, with police charging the protesters and in some places firing foam rounds. Some 50 people were arrested across the country. 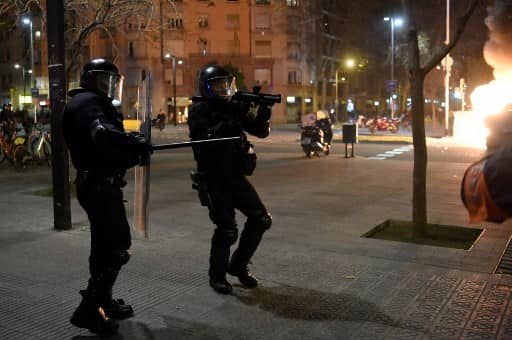 The force has opened an investigation after a young woman lost an eye on Tuesday night in Barcelona as a result of a foam projectile used by police to dispel the protesters, he added.

Hasel, known for his hard-left views, was arrested after failing to turn himself in on Friday to start a nine-month sentence over tweets calling former king Juan Carlos I a mafia boss and accusing police of torturing and killing demonstrators and migrants.

A court in his hometown of Lerida on February 12 sentenced the rapper to another jail term of two and a half years for threatening to kill a man at a bar, according to a ruling published Thursday.

Hundreds of artists have rallied to Hasel's cause, including filmmaker Pedro Almodovar and Hollywood actor Javier Bardem. Amnesty International said jailing him for song lyrics and tweets was "unjust and disproportionate" while campaigners say prosecuting him is a dangerous assault on free speech.