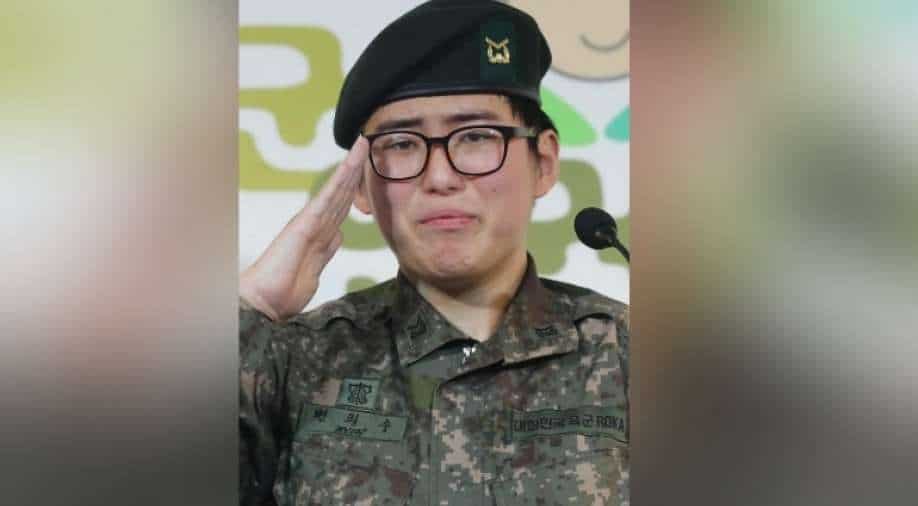 Byun, who was a staff sergeant, underwent gender-reassignment surgery in Thailand in 2019

The first transgender soldier of South Korea, who was forcibly discharged from the army, has been found dead, police confirmed.

Firefighters found Byun Hee-soo in her home after a mental health counsellor reported that she had not heard from a soldier for many days, Yonhap news agency reported.

Police confirmed her death to news agency AFP adding that the matter is being investigated.

Byun, who was a staff sergeant, underwent gender-reassignment surgery in Thailand in 2019.

She openly spoke about it in public when the military discharged her last year for the surgery and filed a lawsuit against senior officials.

"I want to show everyone that I can also be one of the great soldiers who protect this country,” Byun said, urging: "Please give me that chance."

The defence ministry called the removal of her male genitals a mental or physical handicap and a military panel last year ruled that she would be compulsorily discharged.

The defence ministry has expressed condolences for the death of the soldier, with spokesman Moon Hong-sik saying it is "the regrettable death of the late former staff sergeant Byun Hee-soo".

South Korea remains very conservative about gay rights and some churches regard being LGBT as a sin or a crime.

International human rights organisations have earlier expressed concerns over the treatment given to gay soldiers in the country.

The South Korean soldiers are banned to engage in same-sex and if caught, they could face up to two years of jail term, despite the actions remain legal in civilian life.