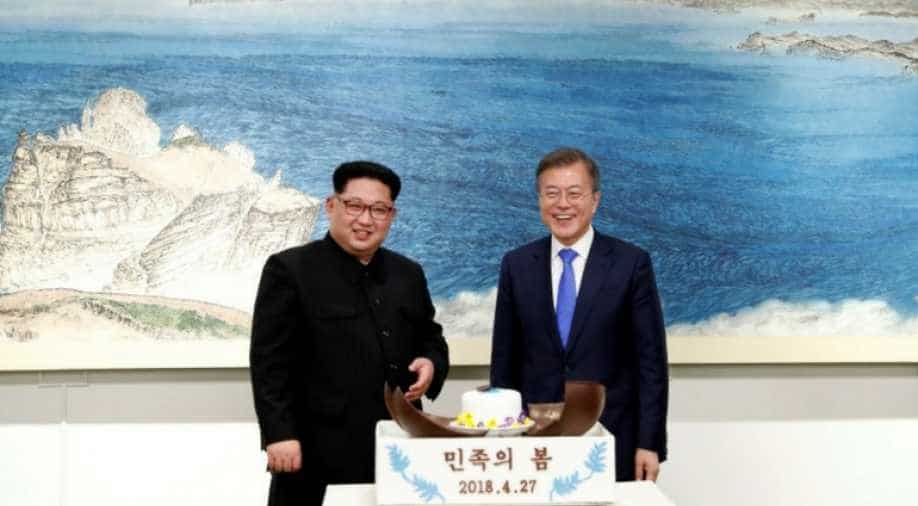 Moon and Kim met just north of the heavily militarised border in the afternoon to exchange views to pave way for a summit between North Korea and the United States, South Korea's presidential office said.

The Blue House, South Korea's presidential office, said the two leaders held talks for two hours in the truce village of Panmunjom, where they had met last month and made a declaration vowing to improve ties.

"They exchanged views and discussed ways to implement the Panmunjom Declaration and to ensure a successful US North Korea summit," the Blue House said in a statement, adding further details would be released Sunday morning.

South Korea on Saturday welcomed the renewed prospect of a summit between the United States and North Korea after President Trump cancelled talks with Kim Jong Un only to suggest they might still take place.

"We find it fortunate that the embers of the North Korea-US talks are reignited. We are watching developments carefully," Presidential Blue House spokesman Kim Eui-Gyeom said.

On Friday, Trump turned on his heels again, saying the meeting with Kim could go ahead after all -- and would "likely" happen on the originally scheduled date of June 12 in Singapore.