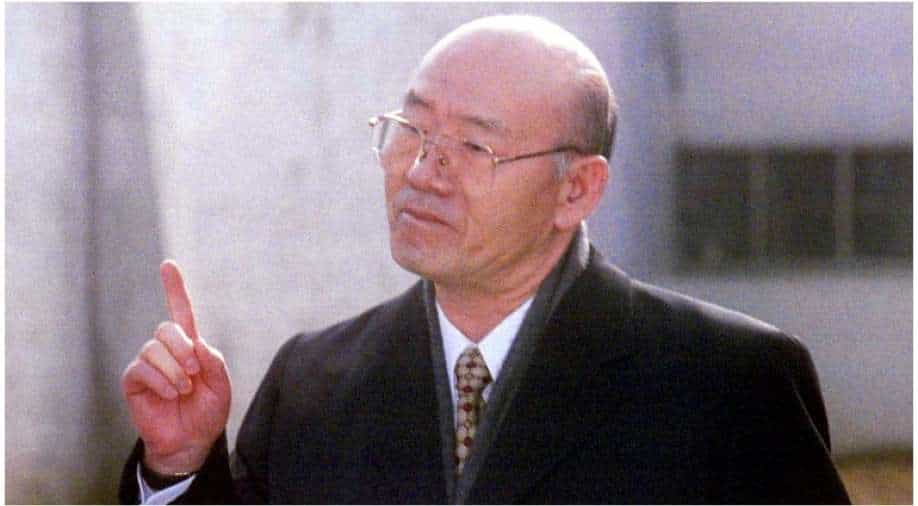 FILE PHOTO: Former South Korean president Chun Doo-hwan, standing outside the walls of Anyang Prison, makes a point shortly after being released from the jail on a special pardon in Anyang December 22, 1997 Photograph:( Reuters )

Chun Doo-hwan, South Korea's last military dictator took power in 1979, violently crushed pro-democracy protests and was jailed in 1990 for treason. He passed away earlier this week at the age of 90

Chun, who took power in a 1979 coup and violently crushed pro-democracy protests a year later before being jailed for treason in the 1990s, died at his Seoul home Tuesday at the age of 90.

Chun's family held a funeral service at Seoul's Severance Hospital before his cremation.

Chun's widow, Lee Soon-ja, said during the service at the hospital that her husband had wished to be cremated and that his ashes be spread in border areas near North Korea.

"As we wrap up the funeral procession today, I would like to offer a deep apology on behalf of our family toward the people who suffered pains and scars during my husband's time in office," said Lee, without specifying Chun's misdeeds.

Chun never apologised for his atrocities, which included overseeing a massacre of hundreds of pro-democracy protesters in the southern city of Gwangju in 1980, one of the darkest moments in the country's modern history that came as he attempted to solidify his rule following the coup.

Cho Jin-tae, a senior official at a foundation representing Gwangju victims, said Lee's vague expression of remorse rang hollow and called for Chun's family to back her words with action, including cooperating with truth-finding efforts into Chun's major wrongdoings.
"I don't think anyone will be consoled by Lee Soon-ja's comments today," Cho told The Associated Press by phone.

Chun was an army major general when he seized power in December 1979 with his military cronies, including Roh Tae-woo, who later succeeded Chun as president after winning the country's first democratic election in decades. The two died nearly an exact month apart, with Roh's death coming on Oct. 26.

While Roh was given a state funeral, there has been much less sympathy for Chun, who had been nicknamed the "butcher of Gwangju." Although Roh never directly apologized over the crackdown, his son repeatedly visited a Gwangju cemetery to pay respects to the victims and apologised on behalf of his father, who was bed-ridden in the 10 years before his death.