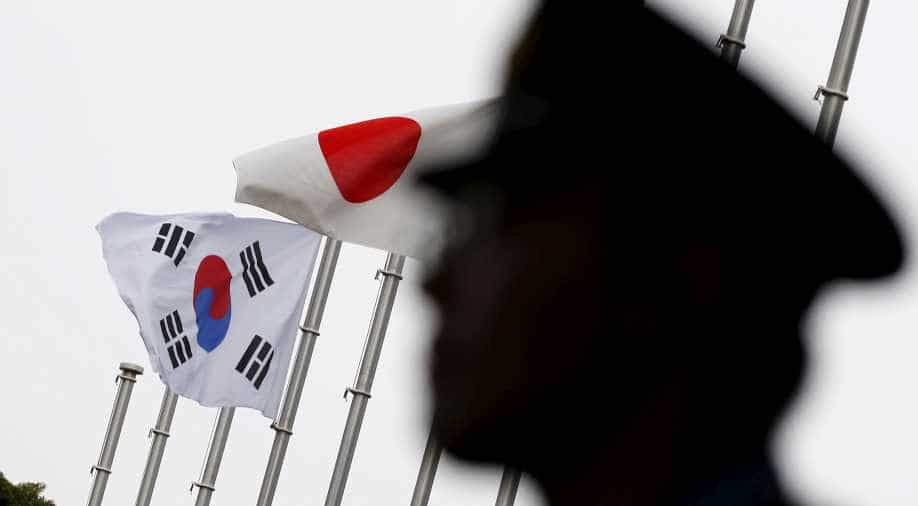 South Korea will scrap an intelligence-sharing pact with Japan amid an intensifying dispute over history and trade, South Korea's presidential office said on Thursday.

The decision was made after a meeting of the presidential National Security Council. The deal was due to be automatically renewed on Saturday, unless either side decided to cancel it.

Relations between the two countries soured after the South Korean Supreme Court ordered some Japanese firms to compensate Korean wartime workers last October, a move strongly condemned by Tokyo, which says the matter was resolved by a 1965 treaty normalising ties.

The feud has spilled over into trade, after Japan tightened export controls on materials vital to South Korean chipmakers and then dropped Seoul from a list of countries eligible for fast-track exports, prompting South Korea to take a similar step towards Japan.

The number of South Korean tourists visiting Japan fell last month to its lowest in nearly a year, amid a far-reaching boycott of Japanese products and services, from cars to beer and tours.

Removing South Korea from a "white-list" of favoured export destinations means some Japanese exporters face more paperwork and on-site inspections before they can win permits, which could slow Korea-bound exports for a wide range of goods.