South Asia strategy an opportunity for Pak to engage in counter-terrorism: Mattis 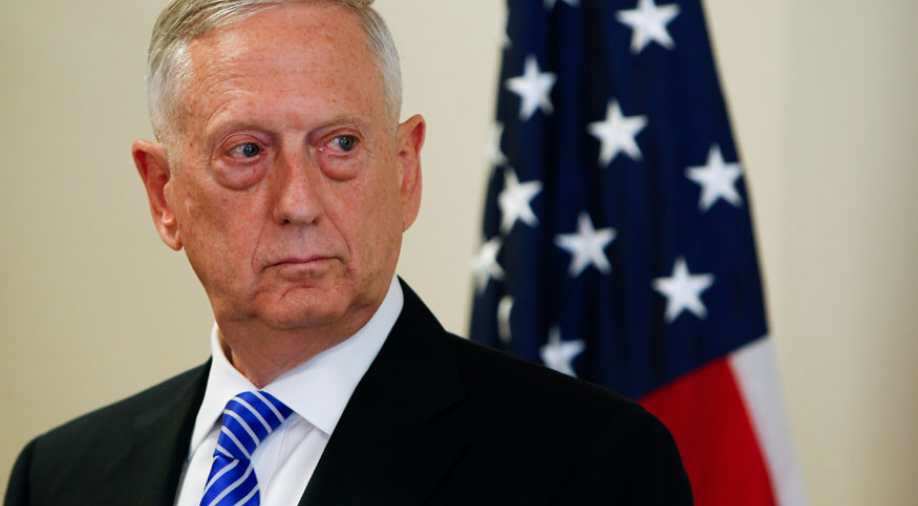 US Defense Secretary Jim Mattis praised India's commitment towards the development of Afghanistan. According to him, the recently announced South Asia strategy by President Donald Trump is an opportunity for Pakistan to engage in "counter-terrorism campaign".

As reported by PTI, Mattis said that the South Asia strategy is "not exclusive of someone".

He added, "It is inclusive for all responsible states that want to stop terrorism in its tracks and defend the innocent."

According to a Pentagon transcript, Mattis addressed the media at a joint news conference in Kabul and said, "I agree 100 per cent with President Ghani that this South Asia strategy and this renewed commitment is an opportunity for Pakistan to engage in the counter-terror campaign." He added that the United States "will watch" Islamabad's choices.

Commenting on the issue, Afghan President Ashraf Ghani echoed Mattis, as he travelled to Kabul from New Delhi, without going to Islamabad.

Pakistan has so far resisted Trump's Afghan and South Asia policy. This is because for the first time, the United States seeks to hold Pakistan accountable for its support of terrorist groups and organisation.

Speaking to a New York audience this week, Pak Foreign Minister Khawaja said, "The reaction for the (Pak) government and the public at large was of utter disappointment, though not shocking. It was not unexpected but it was it was unpleasant."

He added, "We don't see any military rule or any strategic role of India in Afghanistan."

NATO Secretary General Jens Stoltenberg agreed with both Mattis and Ghani saying that this is a regional approach, which includes both Pakistan and India. He affirms that both have to be included in a mutual approach. He urged all countries in the region to support an Afghan-led and Afghan-owned peace process.

Mattis said that India has been "very, very generous" in its development assistance to Afghanistan and is committed to doing even more to help the people of Afghanistan.

The US defense secretary added, "Certainly, that cannot be seen as contrary to another nation's interest to help people who are working their way out of many, many difficult years since the Soviet invasion."