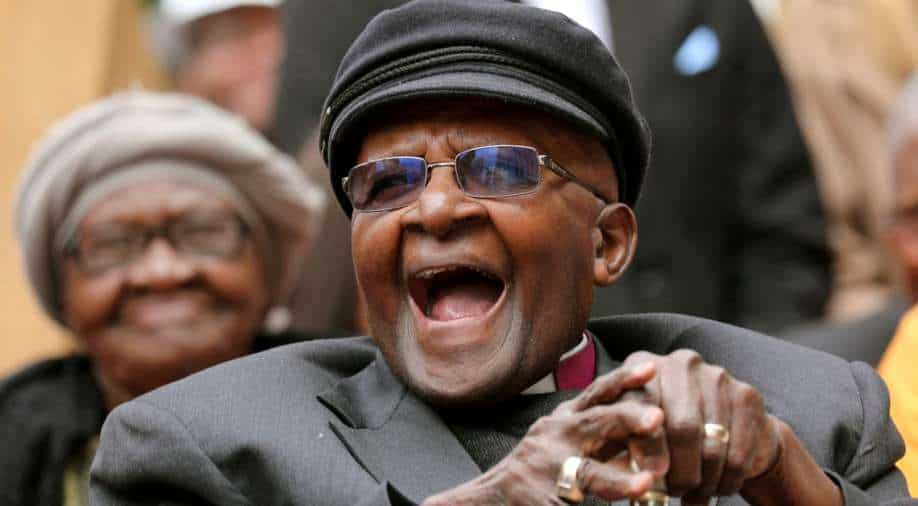 The Nobel peace prize celebrated his 90th birthday in October this year with a church service at Cape Town's st. Geroge cathedral

Desmond Tutu, South African anti-apartheid icon, also described as the country's moral compass, died on Sunday, President Cyril Ramaphosa said. In a statement, Ramaphosa said, "The passing of Archbishop Emeritus Desmond Tutu is another chapter of bereavement in our nation's farewell to a generation of outstanding South Africans who have bequeathed us a liberated South Africa."

The Nobel peace prize winner celebrated his 90th birthday in October this year with a church service at Cape Town's St. Geroge cathedral.

He was considered to be one of the driving forces behind the movement to end racial segregation and discrimination enforced by the white minority government.

President Ramaphosa said Tutu was "an iconic spiritual leader, anti-apartheid activist and global human rights campaigner". He described him as "a patriot without equal; a leader of principle and pragmatism who gave meaning to the biblical insight that faith without works is dead."

He titled him as a man of "extraordinary intellect, integrity and invincibility against the forces of apartheid."

In 1984, Tutu had won a Nobel peace prize for his non-violent opposition to apartheid. After this, he served as the chairman of South Africa's truth and reconciliation commission.

After South Africa became a democratic nation, Tutu continued to voice his concerns and remained an outspoken proponent of reconciliation, justice and LGBT rights.