South Africa to push for military action against Mozambique insurgents 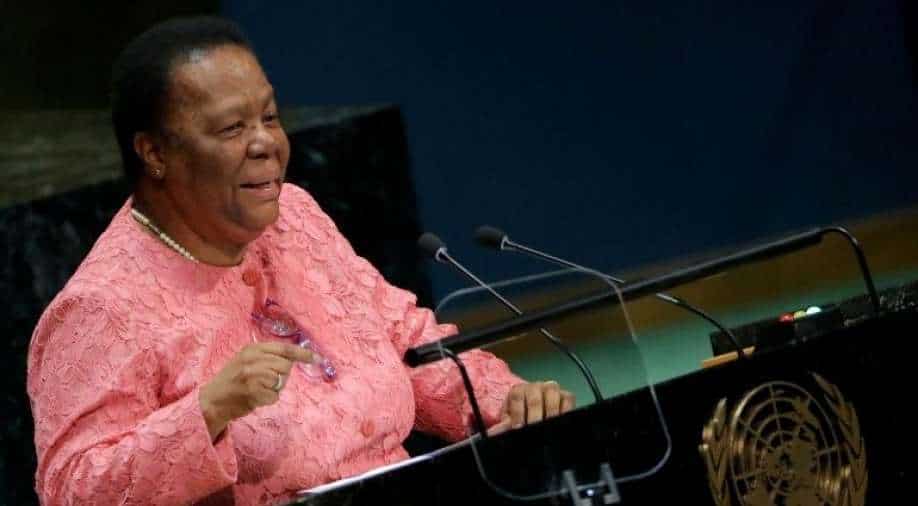 It will make this call at a summit of the Southern African Development Community's 16 member states next week, Naledi Pandor told Reuters in a telephone interview

South Africa will press for urgent military action by regional body SADC to quell an Islamist insurgency in Mozambique threatening to destabilize neighbouring countries, the foreign minister said on Friday.

It will make this call at a summit of the Southern African Development Community's 16 member states next week, Naledi Pandor told Reuters in a telephone interview.

SADC leaders have been discussing how to tackle the insurgency by Islamic State-linked militants, with an option for force, but this is the first time South Africa has explicitly thrown its weight behind the idea of military intervention.

Since 2008, SADC has had provision for a standby brigade, part of a regional defence pact that allows military intervention to prevent the spread of conflict.

"We support the use of the defence pact. It's never been really been utilised in the region, but we believe this is the time, this is a threat to the region," Pandor told Reuters.

A spokesman for the Mozambique government could not immediately be reached for comment. Mozambique has been hesitant about foreign involvement in the past, but last month President Filipe Nyusi said his country needed help from outside powers, so long as they did not replace Mozambican forces.

Mozambique, which borders South Africa to the south, has struggled to contain the violence in its northern-most province of Cabo Delgado. Some 52,000 people were displaced in the latest bout in Palma district from March.

Analysts suggest the insurgency has its roots in poverty and unemployment afflicting Mozambique, one of the world's poorest countries, making recruitment easier among communities not benefiting from new mining or petroleum projects.

The militants have stepped up violence in the past year with more sophisticated attacks, delaying construction of a new $20 billion liquefied natural gas project run by French oil major, Total that declared force majeure on the new build.

"It is the SADC standby force that we want to come into play," the minister said, adding that they would want all members states to contribute troops to avoid a similar situation that occurred in the Democratic Republic of Congo, where only a few countries, including South Africa, sent soldiers.

Speaking ahead of the summit provisionally set for May 25-28 in Botswana's capital Gabarone, Pandor said SADC must lead the process and will determine the nature and conditions of support from external sources, such as the European Union or Mozambique's former colonial ruler Portugal.

"We have had our colleagues, for example in Nigeria, saying: 'don't allow this to get out of hand because once it does it is uncontrollable and very difficult to reverse'. So, that is why we believe it is urgently necessary that we have action," Pandor said.