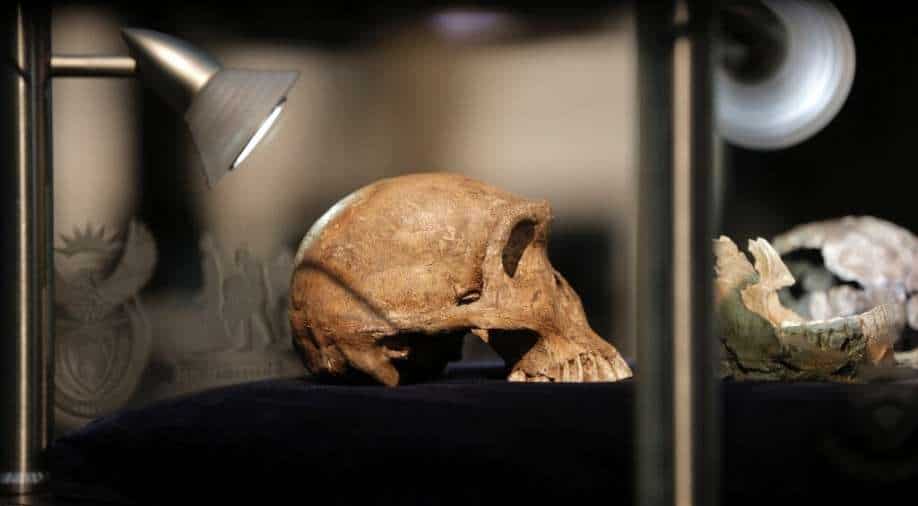 It is very rare that researchers find fossilised remains of children. This is because their bones are too thin and fragile to survive over aeons

Scientists have recently discovered fossils in a South African cave that forms part of a hominid child's skull. The scientists said that it was left on an alcove by fellow members of her species 250,000 years ago.

Lee Berger, the scientist who led the project said, "The real mystery about this child is why she found where she was."

The gender is not yet determined.

It is very rare that researchers find fossilised remains of children. This is because their bones are too thin and fragile to survive over aeons.

In this case, the child was probably four to six years old when it died, with baby teeth intact and adult teeth starting to emerge.

The newly found remains, including 28 skull fragments and six teeth were found even deeper in the cave complex. This is 12 meters away from the main find.

Meanwhile, scientists discovered fossils on a vast fossil site in Patagonia, which suggests that some of the earliest dinosaurs lived in herds and that this behaviour may have been central to the dinosaurs' success. A significant part of the findings was based on the discovery of embryos of the same species inside fossilized eggs. These findings were reported in the journal Scientific Reports.

"Such a preserved site was bound to provide us with a lot of information about how early dinosaurs lived," explained Diego Pol, the palaeontologist at CONICET who discovered the site.