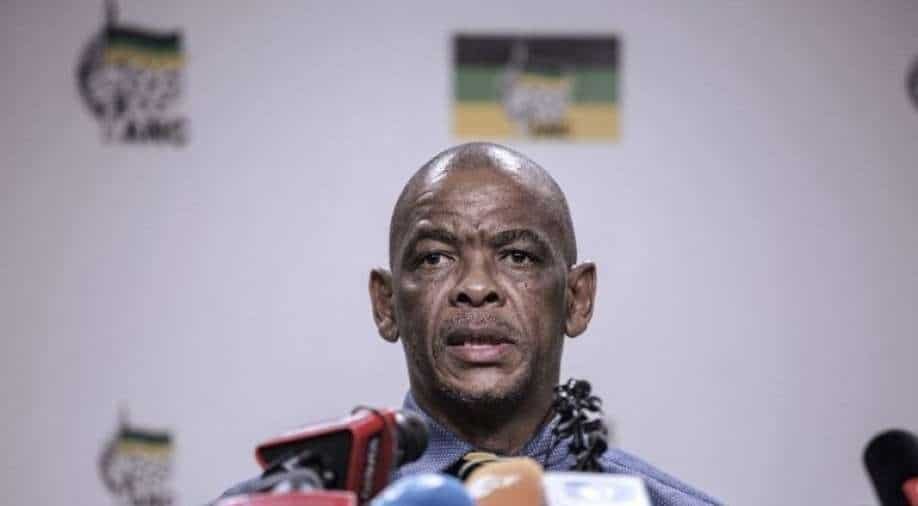 In his court papers, Magashule declared the ANC step-aside rule or regime and his suspension to be declared 'unlawful, unconstitutional, invalid and null and void'

African National Congress leader Ace Magashule has moved court on an urgent basis over his suspension from the ruling party of South Africa.

Magashule, who was removed as ANC's secretary-general, pleaded that the ANC 'step-aside rule or regime' and his suspension be declared “unlawful, unconstitutional, invalid and null and void.”

He also declared that his decision to suspend South African President Cyril Ramaphosa from the party to be valid and effective until lawfully nullified.

Last week, ANC served Magashule with a letter of suspension after he failed to voluntarily step aside pending his court case.

Magashule is facing corruption and fraud charges related to a R250million asbestos eradication tender awarded in the Free State province during his time as the premier.

In his 128-page application, Magashule explained why the Ramaphosa faction wants him gone.

“The real motive behind my being purged is the desire to remove me, by hook or by crook, from the all-powerful position of SG, so that the road to the re-election of President Cyril Ramaphosa and his faction in the next National Conference is made easier. I may add that the fears that I would interfere with the democratic process are a misplaced sign of unnecessary panic,” Magashule wrote in his court papers.

The National Executive Committee, the ruling party’s highest decision-making body, at its latest meeting had resolved that Magashule should apologise publicly for writing the suspension letter to Ramaphosa, who is also the ANC president.

UK tells EU on Northern Ireland: be responsible, be reasonable