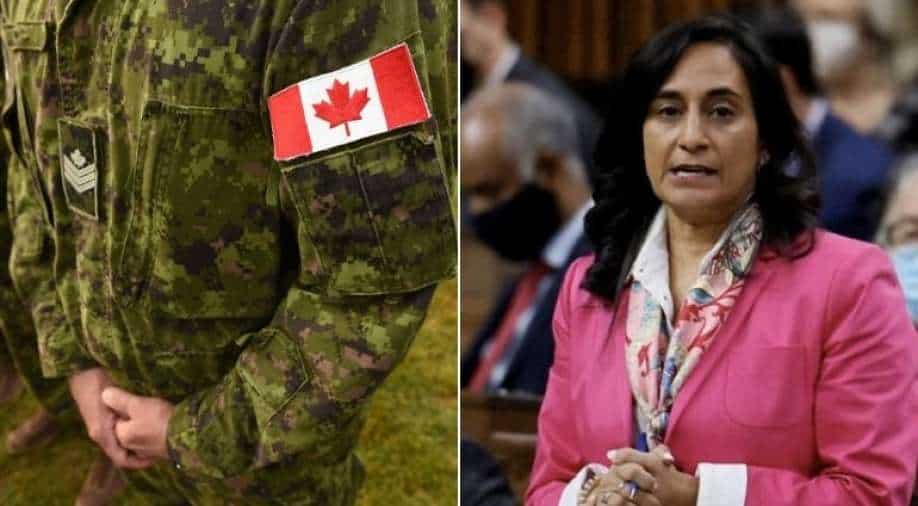 Streamed online from National Defence Headquarters, the apology followed the federal government's $600-million Canadian ($468 million) settlement with tens of thousands of current and former Armed Forces members who experienced such behaviour while serving.

Canada's defence minister, top military commander, and senior defence bureaucrat today delivered a long-awaited and historic apology to the women and men whose lives were scarred by sexual assault, misconduct, and discrimination in the military, saying that trust had been "broken" and that countless lives had been harmed.

The official apology, which was delivered on behalf of the government by Defence Minister Anita Anand, General Wayne Eyre, and Deputy Defence Minister Jody Thomas, was livestreamed within the Department of National Defence and on Facebook.

"This misconduct and abuse of power led to a crisis of broken trust" in the leadership of the Department of National Defence, said Anand.

"I am apologising to you on behalf of the government of Canada. We must acknowledge the pain and trauma that so many have endured because the very institution charged with protecting and defending our country has not always protected and defended its own members. "

The apology was part of a settlement of a class action lawsuit filed by almost 19,000 serving and retired military personnel, as well as civilian defence professionals, against the government.

Watch | Vancouver cut off from the rest of Canada, air force deployed for rescue operations

It comes after numerous top officers were investigated for sexual misbehaviour, including former Chief of Defense Staff Jonathan Vance, who was charged with obstruction of justice in the investigation.

The apology is intended to be a modest but significant step toward formally admitting the violence, pain, fury, and frustration that thousands of soldiers, sailors, and pilots, as well as civilians who deal with them, have experienced over a generation.