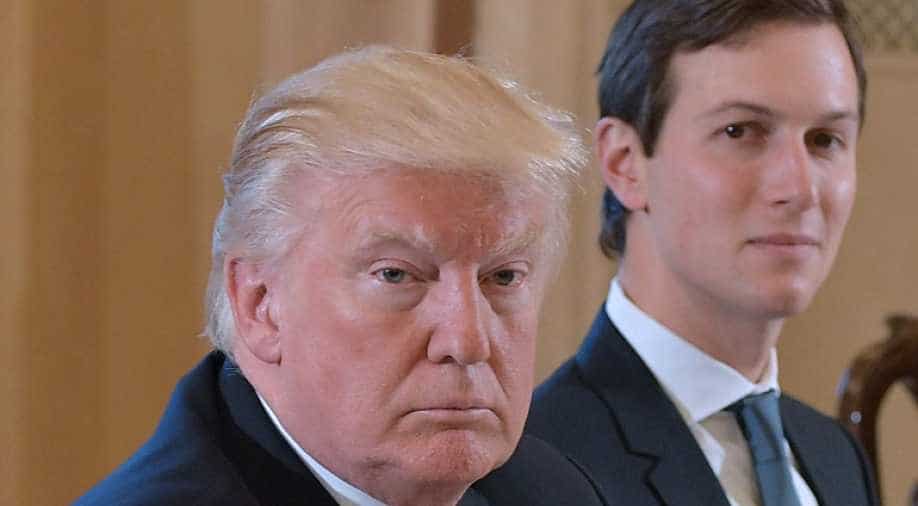 Kushner has told others that he has urged the president to accept the outcome of the race — even if Trump won't come to terms with how it was reached.

Trump's son-in-law and a senior White House adviser Jared Kushner has reportedly advised him to concede the election after Trump's assertion in a statement from his campaign that Biden is “rushing to falsely pose as the winner” and that the race is “far from over."

After the declaration on Saturday that Democrat Joe Biden had won the race for the White House, Republican President Donald Trump and his allies made one thing clear: he does not plan to concede anytime soon.

Kushner has approached the President about conceding the election, CNN quoted two unidentified sources as saying.

Kushner has told others that he has urged the president to accept the outcome of the race — even if Trump won't come to terms with how it was reached.

"I will not rest until the American People have the honest vote count they deserve and that Democracy demands," Trump said in the statement, which states that the campaign’s legal battle will begin Monday.

Biden-Kamala Harris deputy campaign manager Kate Bedingfield said that there has been no communication between Biden and Trump, or between any representatives from either campaign, since the race was called earlier in the day after the 77-year-old former US vice president crossed the 270 Electoral College votes required to win the race for the White House.

Trump, 74, who was at his golf course in Sterling, Virginia, on Saturday when the race was called, has not denied the outcome of the election, privately at least, CNN, quoted sources as saying.

But Trump was continuing to push his attorneys to pursue legal challenges that would delay formal certification of the results of the 2020 presidential polls.

Biden, in his victory speech on Saturday night, did not mention Trump, a Republican, by name.

Biden said he was humbled by the trust America had placed in him and reached out to those Americans who did not vote for him.

"I understand the disappointment tonight. I've lost a couple of times myself. But now, let's give each other a chance," he said, adding later in his remarks, "This is the time to heal in America."

Biden claimed that he would be a president that would lead the entire nation, regardless of political party.

“I pledge to be a president who seeks not to divide but unify — who doesn’t see red states and blue states, only sees the United States,” Biden said.

The former vice president noted in his remarks that it is time both sides "listen to each other again."