Some countries not fulfilling their commitments in NATO, they will be dealt with: Trump 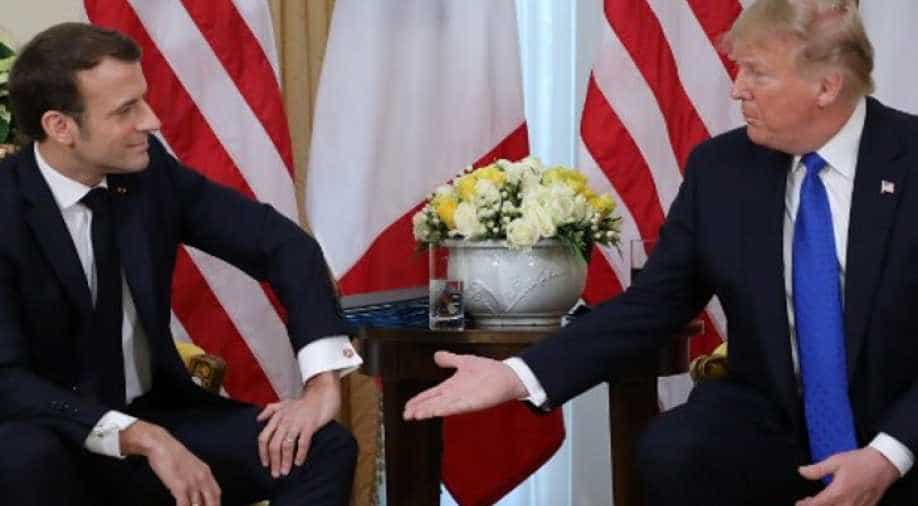 Trump also spoke on the Frech digital tax calling it a "minor dispute" as the US threatened to impose tariffs on French cheese, champagne and handbags.

Just hours after US President Trump said nobody needs NATO more than France, the US president met French President Emmanuel Macron in London ahead of the NATO anniversary summit.

"NATO is becoming different than it was, much bigger than it was and much stronger than it was. Because people are now fulfilling their commitments," the US president added.

The French president said NATO is "not just about money" while asserting "the first burden we share, the first cost we pay, is our soldiers'' lives. And I do believe that in such circumstances, we do pay what we have to pay for collective security."

Macron acknowledged that the US had "invested decades after decades" on NATO. "I do share the statements, that is why I am a strong supporter of a stronger European component in NATO," he said.

Macron had earlier called NATO "brain dead", during the meeting with Trump the French president said he stood by his statement made last month.

"It's a tough statement, though, when you make a statement like that, that is a very, very nasty statement to essentially 28, including them, 28 countries," Trump had told reporters.

Trump also spoke on the Frech digital tax calling it a "minor dispute" as the US threatened to impose tariffs on French cheese, champagne and handbags.

"We do a lot of trade with France and we have a minor dispute," Trump said.

I think we'll probably be able to work it out but we have a big trade relationship and I'm sure that within a short period of time things will be looking very rosy," the US president added.

On Turkey, Macron alleged that Turkish forces "sometimes" worked with fighters linked to the Islamic State group in its operation in northern Syria.

"When I look at Turkey, they now are fighting against those who fought with us. And sometimes they work with ISIS proxies," Macron said at a news conference with US President Donald.

"We have lost cooperation with Turkey, on security and trade and migration and European Union and France," Macron added.

The French president is due to meet Turkey's President Recep Tayyip Erdogan later in the day ahead of the NATO summit.

In a surprise move, the French president called for "strategic dialogue with Russia" but cautioned that the alliance should do so "with its eyes wide open".