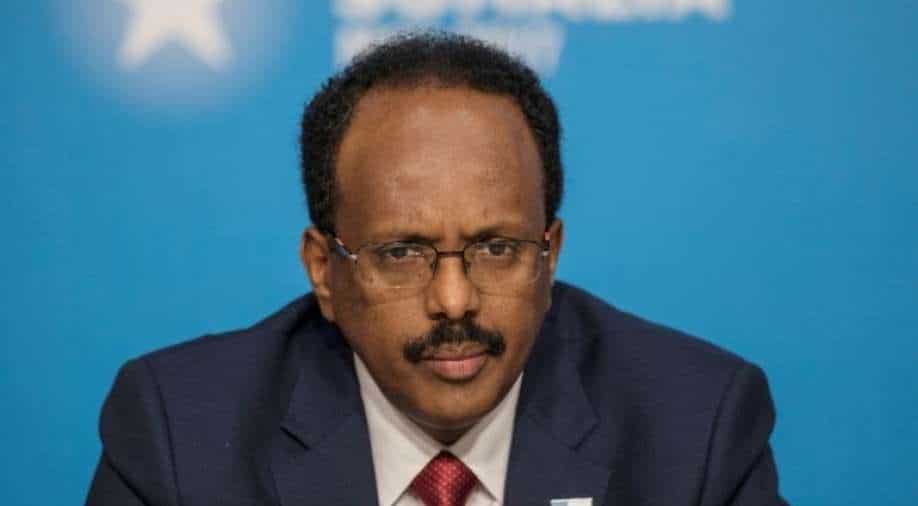 In a speech following the vote in the lower house of parliament, Prime Minister Mohamed Hussein Roble ordered the army to return to barracks and urged politicians to avoid inciting violence

Somali lawmakers voted unanimously on Saturday to cancel a two-year presidential term extension they had approved last month, after clashes in the capital Mogadishu between factions of the security forces, which are divided over the issue.

In a speech following the vote in the lower house of parliament, Prime Minister Mohamed Hussein Roble ordered the army to return to barracks and urged politicians to avoid inciting violence.

The political crisis has raised fears that al Qaeda-linked al Shabaab insurgents could exploit a security vacuum if state forces split along clan lines and turn on each other. The group has taken over at least one Somali town in the past week as heavily armed fighters moved from the countryside into the capital city.

President Mohamed Abdullahi Mohamed's attempt to extend his term has also angered foreign donors, who have backed his government in an attempt to bring stability to Somalia after more than two decades as a failed state following a civil war that began in 1991.

Saturday’s lower house vote was broadcast on Somali television and came shortly after Mohamed addressed parliament and said he was directing the prime minister to prepare to hold a delayed parliamentary election.

Roble said in a Twitter post late on Saturday that the government will ‘soon’ prepare the plan for elections, and thanked the president and the parliament.

Mohamed’s term expired in February, but without a new crop of lawmakers, parliament was unable to choose a president.

The term extension was approved by the lower house last month but rejected by the Senate, provoking the crisis that has intensified in the past week.

Between 60,000 and 100,000 people were forced to flee their homes following clashes on Sunday that stirred fears of all-out war between heavily armed factions for and against the president.