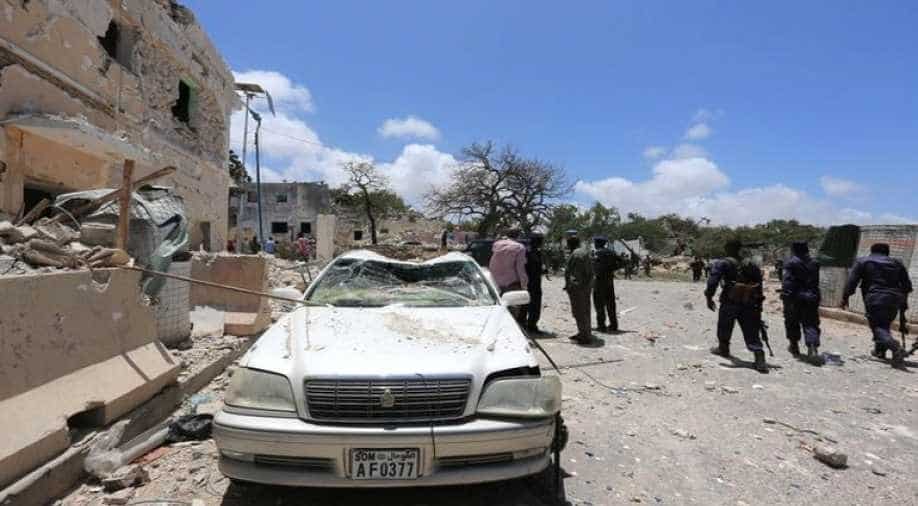 A car bomb exploded near a busy market in Somalia's capital Mogadishu on Saturday killing at least eight people, police said, as medical sources warned the toll could be far higher.

"We have counted about eight civilians so far who were killed in the blast and more than 10 others wounded but the death toll could be higher because the area is a market and it was so densely populated when the blast occurred, most people who were wounded have serious injuries," said police official Ibrahim Mohamed.

Medical sources suggested nearly 30 people had been killed, but this was not confirmed by authorities.

"Our ambulances have collected 13 wounded civilians and 28 dead bodies, the toll could be higher because of the density of the location where the blast occurred," Dr Abdulkadir Abdirahman Adem, director of the AMIN ambulance service told AFP.

The blast took place in the densely populated Afisiyone area in southern Mogadishu.

"There was chaos and severed dead bodies strewn around the street, the market was so busy with people shopping when the blast ripped through the area. I saw many dead bodies but I could not count, I have helped collect more than 10 of them," said Abdulahi Osman, who witnessed the blast.

No group has yet claimed responsibility for the attack, but immediate suspicion fell on the Al-Qaeda linked Islamist Shabaab group, which is locked in battle against the Somali government and regularly mounts attacks in the city.

Its most deadly recent attack was in August when a car bomb outside a popular hotel close to the presidential palace left 15 dead.

Despite being driven out of the capital in 2011 by an African Union force deployed in 2007, the group still controls vast swathes of outlying rural areas from which it launches guerrilla operations.

Somalia is currently holding a drawn-out, limited election in which some 14,000 specially selected voters are picking 275 members of parliament who will later join senators in electing a president.

The country had been promised a one-person, one-vote election, however political infighting and insecurity led leaders to ditch the plan in favour of the current process.

After the 1991 fall of strongman president Mohamed Siad Barre, warring clan militia plunged the country into decades of civil war and humanitarian crises, leaving it without a central government and the label of the world's foremost failed state.

An even more limited election in 2012 -- when MPs were nominated by 135 clan elders -- gave Somalia the first central government based in the country since the fall of Barre.