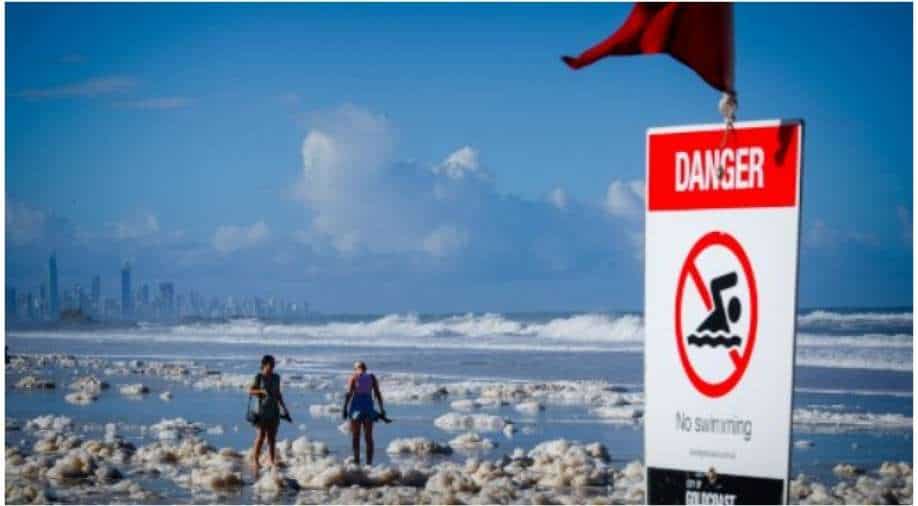 Australia is a wonderful and bizarre place. The continent is filled with creatures and scary insects unique to it. And many of them are not as meek-looking as Kangaroos. Social media is rife with images of giant spiders and whatnot that scare the hell out of people not from the Land Down Under.

Now tourists will have to keep another advisory in mind as they go to Australia. Because sea-snakes are lurking in the waters of northern New South Wales beaches.

And to make matters worse, the beaches and the sea are covered in dense foam that has formed due to storms. The storms have made sure that the seawater mixes and churns with algae, salts, pollutants and fats to form this foam that has covered the surface of water.

This means that you won't know what's around your feet as you enter water or even roam on the beach.

Want know how scary that could be? Watch video in the tweet below. A dog was lost in the sea foam and was rescued.

A dog has been rescued from sea foam churned up along #Australia’s east coast, as storms batter the country. https://t.co/J4UiZnxS2F pic.twitter.com/Mloz4C1dHt

The authorities have warned people to stay off these beaches and avoid swimming.

Just to drive home the point that Australia is indeed land for the tough, we leave you with this tweet.

I have sprayed the outdoor and indoor areas of my house with spider stuff.... Twice in the last two months.

There is a big black spider under my cats water bowl like:

How did you survive, pleb? No matter. I need to go get more spray.