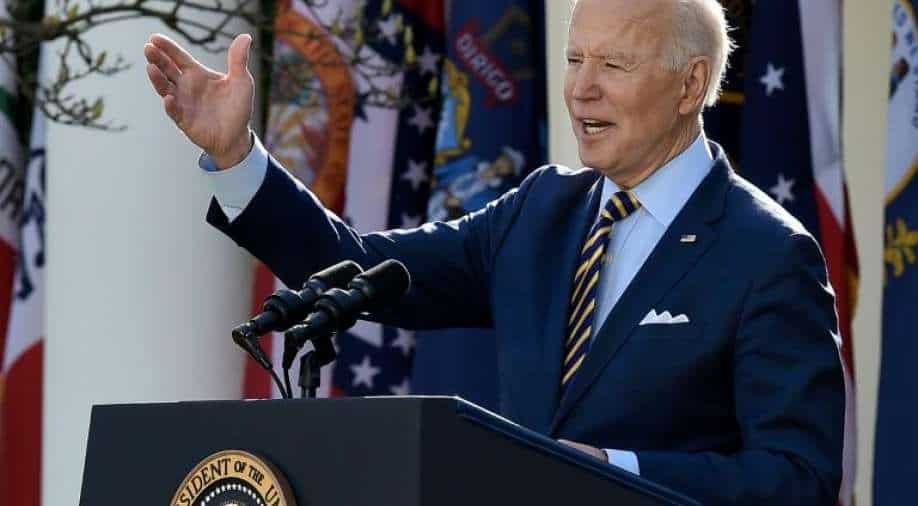 The United States has the highest rate of maternal deaths in the industrialized world. One-third of those deaths happen after delivery, when a significant share of American women experience a gap in coverage

It is easy to overlook amid the hundreds of pages of the $1.9 trillion stimulus plan President Joe Biden signed into law Thursday, but a short section aims to combat America’s maternal mortality crisis by expanding health coverage for new mothers.

The United States has the highest rate of maternal deaths in the industrialized world. One-third of those deaths happen after delivery, when a significant share of American women experience a gap in coverage.

Under current law, all states provide Medicaid coverage to low-income women who are pregnant. More than 40% of babies born each year in the United States are to mothers enrolled in the public health program.

But coverage runs out 60 days after delivery, causing many women to become uninsured shortly after giving birth.

The American Rescue Plan will let states extend Medicaid coverage for a full year and provides federal funding to do so. As with the enhanced child tax credit, expanding postpartum Medicaid is another stimulus policy that bolsters the safety net supporting low-income parents in the United States

“Illinois has one of the highest maternal death rates for Black mothers, which is very concerning to me,” said Sen. Tammy Duckworth, D-Ill., who has written legislation calling for this policy change. “These are also communities that have been especially hard-hit by the pandemic.”

Legislators have become increasingly concerned about the nation’s maternal mortality rate, which declined through most of the 20th century but has increased in the last few decades. Black mothers have a significantly higher mortality rate than white mothers, and women giving birth in the United States overall are twice as likely to die as those in Canada and five times as likely as those in Germany.

A recent study found that 20% of uninsured new mothers skipped care because of cost, and half worried about not being able to afford their medical bills.

“These aren’t people who are uninsured because they don’t think it’s valuable or don’t have health concerns,” said Stacey McMorrow, a principal research associate at the Urban Institute and author of the study. “They are people who have medical needs.”

Her research found that, between 2015 and 2018, 11.5% of new mothers lacked health insurance coverage. That rate is slightly higher than the general population’s. About half of those uninsured women were Hispanic, and two-thirds lived in the South. The uninsured rate for new mothers is especially high in states that do not participate in the Affordable Care Act’s Medicaid expansion, which provides public coverage to all citizens who earn less than 133% of the federal poverty line.

Recent studies have found that increased Medicaid access for the general population, which will cover some new mothers, is associated with lower maternal mortality and more use of medical care in the postpartum year.

Extending Medicaid coverage longer would also help women comply with new postpartum guidelines from the American College of Obstetricians and Gynecologists. In 2018, it began recommending that postpartum care be delivered as a series of visits from three to 12 weeks after delivery. Before that, the association recommended only one visit at six weeks after birth.

“This is an evidence-based, well-supported proposal,” said Katy Kozhimannil, a professor of health policy at the University of Minnesota. “It would be extremely helpful for women to have financial access to health insurance and health care after they deliver.”

She said the extension of postpartum Medicaid should be seen in the context of the larger set of benefits the stimulus will provide parents. There are the $1,400 checks for each family member, including children, that will go out to most Americans. The new child tax credit will also provide big financial boosts for many families with children.

Taken together, the changes in the stimulus should lessen the financial strain that comes with becoming a parent, both for medical bills and other expenses. Still, experts say major stressors and gaps in the safety net will remain. The United States does not guarantee paid leave for new parents. States will have to sign up to add this benefit to Medicaid and pay a share of the costs. Even in states that do make that decision, new mothers could still find themselves uninsured after the year of coverage ends.

“It’s an important steppingstone, but it kicks the can down the road a bit,” said McMorrow of the Urban Institute. “Twelve months later, this coverage will still run out.”

The blanket permission for all states to expand this coverage is also a reversal of a stance by the Trump administration. In recent years, five states requested waivers to lengthen Medicaid coverage for new mothers. Federal officials never responded.

States will no longer have to go through a lengthy waiver application to extend postpartum Medicaid coverage. Instead, they can notify the federal government they plan to provide the benefit and move forward without waiting for any additional approval.

States did continue to cover new mothers last year because of federal rules requiring them to keep all beneficiaries enrolled until the end of the public health emergency. The new stimulus policy will begin April 2022, and it requires states to opt in. The Congressional Budget Office estimates coverage will cost a total of $1,500 per person; states will have to pay a share of that. The policy is set to phase out in five years, but drafters like Duckworth hope to see it made permanent eventually.

“We know, in the long run, it costs us more if we don’t take care of this problem,” she said.

States across the political spectrum have already shown interest in extending postpartum coverage for new mothers. California and Texas have used state funds to provide this type of coverage. Mississippi and Maryland legislators recently introduced a bill that would create a similar program in their states.

“What we’ve seen is that red states, blue states and purple states are taking up the issue,” said Skye Perryman, chief legal officer for the American College of Obstetricians and Gynecologists.