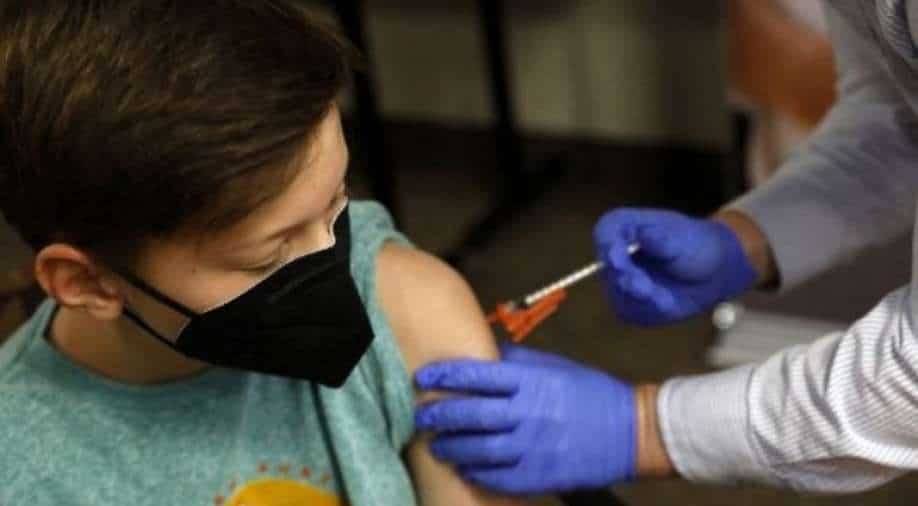 Biden administration officials, anticipating that regulators will make the vaccines available to 5- to 11-year-olds in the coming weeks, laid out plans

The campaign to vaccinate young children in the United States against the coronavirus will not look like it did for adults. There will be no mass inoculation sites. Pediatricians will be enlisted to help work with parents. Even the vials — and the needles to administer doses — will be smaller.

Biden administration officials, anticipating that regulators will make the vaccines available to 5- to 11-year-olds in the coming weeks, laid out plans on Wednesday to ensure that some 25,000 pediatric or primary care offices, thousands of pharmacies, and hundreds of school and rural health clinics will be ready to administer shots if the vaccine receives federal authorization.

The campaign aims to fulfill the unique needs of patients largely still in elementary school — and an age group containing far more people than the teenage cohort already approved to receive the vaccine — while absorbing the lessons from the rollout of vaccines to other age groups.

This month, Pfizer and BioNTech asked the Food and Drug Administration to authorize emergency use of their vaccine for 5- to 11-year-olds, a move that could help protect more than 28 million people in the United States. A meeting to discuss the authorization is set for Oct. 26, and an FDA ruling could come in the days after, possibly clearing a path for the Centers for Disease Control and Prevention to make recommendations on a pediatric dose in early November.

Federal regulators have delayed a decision to authorize Moderna’s vaccine for young people amid concerns of cases of rare heart problems. Both Pfizer-BioNTech and Moderna have expanded the scope of their trials for children ages 5 to 11 as a precautionary measure to detect any rare side effects.

In June, the Centers for Disease Control and Prevention published data showing that the two vaccines may have caused myocarditis and pericarditis in more than 1,200 Americans, including about 500 who were younger than 30.

If the approval for the Pfizer vaccine goes through, the Federal Emergency Management Agency will provide reimbursement for “full funding to states to support vaccinations and outreach,” said Sonya Bernstein, a senior policy adviser for the White House COVID-19 Response Team.

That support would involve site setup and logistical help, including providing transportation to and from vaccine sites. Funding will also be available to provide call center support, create public service announcements and match vaccine providers to school districts.

In laying out a plan for distribution before regulators have granted their approval, the White House is exposing itself to criticism that it is putting the cart before the horse. But administration officials say they want to make sure that any barriers to access are removed if children are approved to receive the vaccine in coming weeks. (Bernstein stressed that the approval process was independent of the administration’s plans.)

“We know that access is going to be critical here,” Bernstein said, adding that the administration has in recent weeks looked at ways to provide a “kid-friendly experience that makes sure that we’re getting shots in arms with trusted providers in ways that makes parents feel comfortable.”

The process will not look or feel the way it did when other groups in the United States were first authorized to receive vaccines. The 5-to-11 age group, with 28 million children, is far larger than the 12-to-15 group, with 17 million, who became eligible for the Pfizer-BioNTech vaccine in May.

But the younger group will not be expected to line up at mass vaccination sites: “We don’t want lines of kids,” said Bernstein, who pointed out that children tend to be more sensitive patients. (Read: They cry.) Pediatrician’s offices, children’s hospitals and pharmacies with in-store clinics will be the preferred options.

“Kids have different needs than adults, and our operational planning is geared to meet those specific needs, including by offering vaccinations and settings that parents and kids are familiar with,” President Joe Biden’s coronavirus response coordinator, Jeffrey Zients, told reporters on Wednesday when officials announced the plan. “We’re going to be ready, pending the FDA and CDC decision.”

“We support states and school districts taking actions to ensure that everyone who is eligible get vaccinated,” he said, “but again, those decisions should be made at the state and local level.”

The needles that administer the vaccine and the vials that hold it will need to be smaller to be more easily stored. (The Pfizer dose for children ages 5 to 11 is expected to contain 10 micrograms, rather than the 30-microgram dose used for ages 12 and up.) The child-size vials can be stored for up to 10 weeks at standard refrigeration temperatures, and six months at colder temperatures, according to guidance administration officials made public on Wednesday.

Taking cues from what worked when shots were opened to teenagers, whose vaccinations generally require parental consent, officials are also leaning heavily on local health experts, who they believe are more trusted in their communities and can help reach high-risk children. “Children’s hospitals and health systems will be a critical part of our efforts to advance equity and ensure access for our nation’s highest-risk kids, including those with obesity, diabetes, asthma or immunosuppression,” the guidance read.

But while the administration aims to eliminate the types of availability and efficiency problems that plagued the initial vaccine process, reluctance has persisted among parents.

According to polling by the Kaiser Family Foundation published in late September, only about 1 in 3 parents of 5- to 11-year-olds planned to get their children inoculated “right away” once a vaccine is authorized. Another third said they wanted to “wait and see” how the vaccine affected children. But that same polling showed that reluctance among parents of teenagers had dropped in the months since vaccines had become available, and nearly half of parents of those ages 12 to 17 said their teenagers had received at least one dose.

Hospitalizations and deaths from COVID-19 are uncommon in children, according to data collected by the American Academy of Pediatrics, but experts point out that children are still susceptible to serious or long-haul versions of the illness.

“Of course, adults are going to have much more severe diseases, but that doesn’t mean that children are not affected as well,” said Dr. Flor Munoz-Rivas, an associate professor of pediatric infectious diseases at Baylor College of Medicine. “Children are typically ones that are vectors of transmitting the virus,” she said, and preventing them from getting infected “could potentially also have some effect” in slowing the spread of the virus.