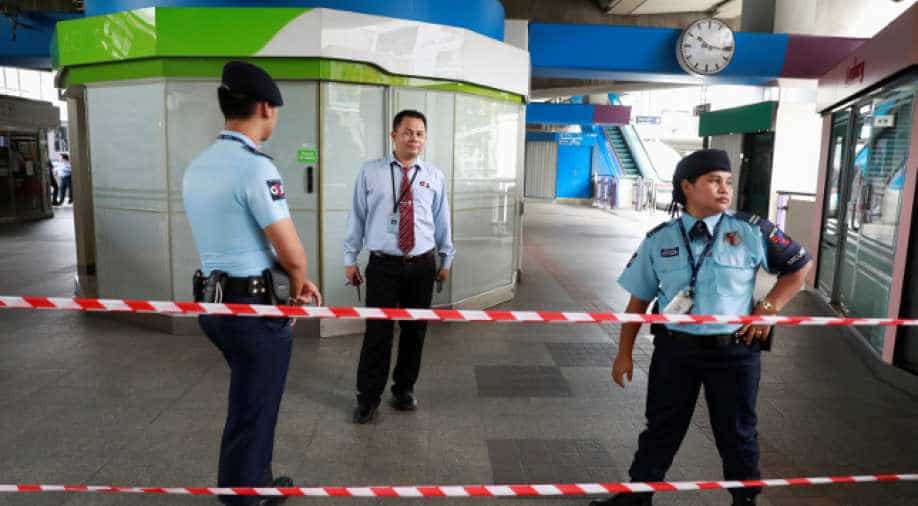 Thai police said they were investigating the cause of the explosions.

Several small explosions were heard in Bangkok in at least three locations on Friday and police said that two street cleaners were injured by what appeared to be a homemade bomb.

Thai police said they were investigating the cause of the explosions. Some explosions were heard at a government office and others near at least two other sites near central Bangkok.

Meanwhile, the Thai government confirmed a number of small "bombing incidents" in Bangkok as the city hosts a major summit, urging the public not to panic as police tighten security.

Prime Minister Prayut Chan-O-Cha was told of "the bombing incidents and has ordered an immediate investigation", spokeswoman Narumon Pinyosinwat said, adding "security measures have been tightened. The public is urged not to panic."

Bangkok is currently hosting a regional security meeting of foreign ministers from the Association of Southeast Asian Nations (ASEAN) and their counterparts from world powers including the United States, China and Russia.

A senior police officer said two street cleaners were injured by what appeared to have been a homemade bomb in the Suan Luang district.

On Thursday, Thai police said they had found two fake bombs on Thursday near the venue of the regional security meeting. The packages prompted a brief security scare but were quickly deemed harmless. It was unclear whether the meeting was the target.

Police said two men had been arrested in connection with the fake bombs.

China's top diplomat Wang Yi and US Secretary of State Mike Pompeo are attending the forum along with other regional and global officials.