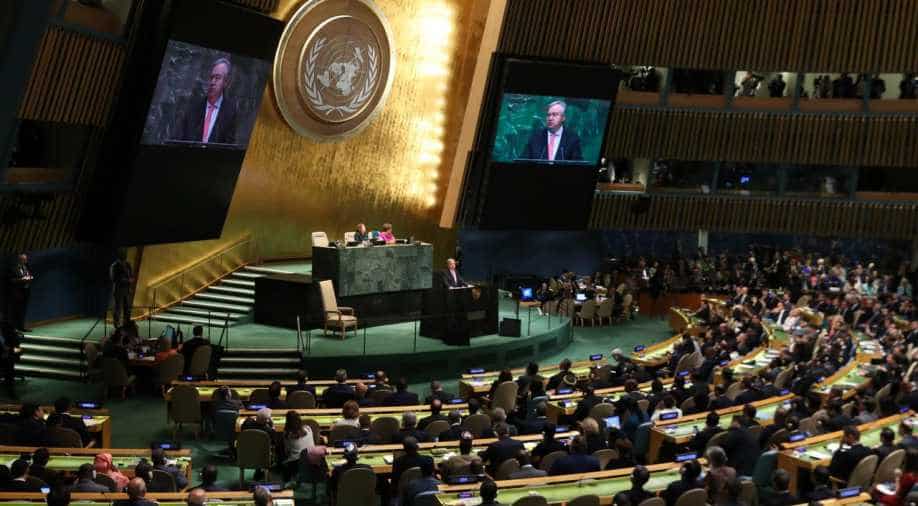 In her own pre-recorded address, US Secretary of Education Betsy DeVos condemned the treatment of women in Venezuela, Cuba and Iran, but saved her harshest criticism for Beijing.

More than 170 countries promised during a virtual UN summit Thursday to step up their efforts to advance women's rights, while the US took aim at China's claims of leadership on the issue.

The meeting, which took place on the sidelines of the United Nations General Assembly, marked the 25th anniversary of the seminal 1995 World Conference on Women in Beijing.

"In the coming five years, China will donate another $10 million to UN Women," President Xi Jinping said in a pre-recorded video, proposing another world meeting on gender equality for 2025.

In her own pre-recorded address, US Secretary of Education Betsy DeVos condemned the treatment of women in Venezuela, Cuba and Iran, but saved her harshest criticism for Beijing.

"The worst violator of all in both scope and scale is the host of the conference we commemorate today," she said.

"Since 1995, the Chinese Communist Party has been responsible for the murder of millions of baby girls through brutal population controls on industrial scale, unfortunately with the support (of) UN agencies."

She specifically took aim at Beijing's operations in the Xinjiang region, which some rights groups and lawmakers in Washington have said could amount to genocide.

DeVos called out practices of sterilization, abortion and birth control she said have been forced on Uighur Muslim women.

Meanwhile, France and Mexico committed to hosting an international forum on women's rights in Paris next June -- a meeting which was scheduled for July of this year but was canceled due to the pandemic.

"Everywhere, women's rights are under attack, as are human rights, from which they are inseparable," he said.

"Progress achieved by great efforts is being undermined even in our democracies, starting with the freedom for women to control their own bodies, and in particular the right to abortion," he said, also pointing out inequalities in schooling, pay, domestic work and political representation.

Even at the UN General Assembly, there were only a handful of women speakers among the representatives for 170 countries.

UN Secretary General Antonio Guterres said gender equality was "fundamentally a question of power, so it starts with the equal representation of women in leadership positions."

He bemoaned the circumstances that lead to one in three women experiencing violence and 12 million girls marrying under the age of 18 every year.

He also pointed to 137 women being killed by a family member every day in 2017.