'Situation in UK is not out of control,' says member of London Assembly Navin Shah stranded in India 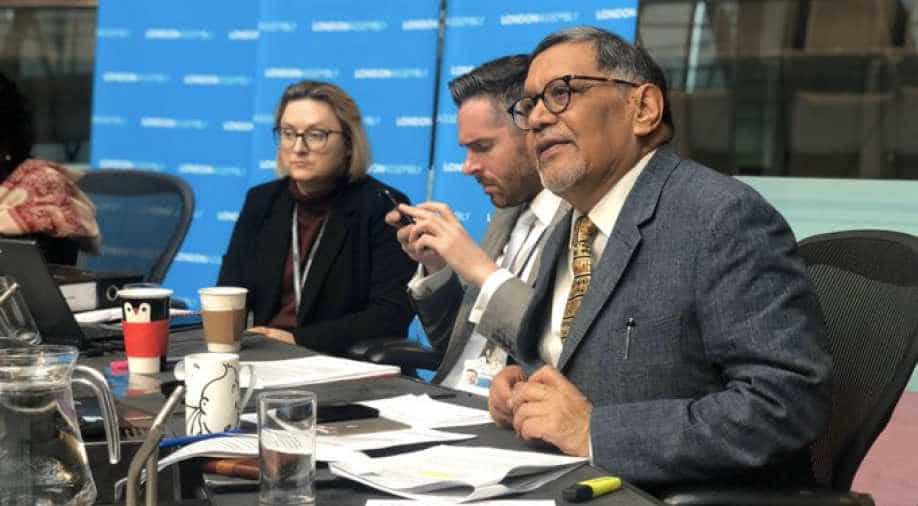 ''I'm closely following through the media what is being done in the UK by the government there and am content with their directions so far,'' he said.

Member of London Assembly Navin shah, who landed in India on March 8th, is stuck here due to suspension of flights to Europe and UK. Speaking to WION's Ayushi Agarwal, he asked what the British foreign office was doing to repatriate British citizens like him who are stuck in foreign countries. He also spoke about the ground situation in the UK and what does he expect from the governments of India and the UK.

WION: As a people's representative from the UK, you are here and stuck, so what is the solution that you are looking at and what is your expectation from the government? Where is the clarity required?

Navin Shah- My wife and I, both elected members from the UK, came to India because of family bereavement on March 8th but are now stranded due to cancellation of international flights till March 31st. We are lucky that we have a family with whom we are staying. Thankfully we are in great health and are vigilant but also observing total self-isolation and feel as safe as one can be in these exceptional circumstances.

WION: As a lawmaker and as a political leader of the UK, who knows India and UK well, what do you think the government can/should do? What is the exact problem that is being faced by people like you who are crisscrossing countries?

Navin Shah- The problems for foreign nationals like us who are stranded are in a way two-fold. One is how the Indian government can support them to sustain and be safe whilst they are here. However, it is the British Foreign Office who has responsibility for British citizens. They need to have a clear policy and plan for urgent repatriation of British citizens stuck in foreign countries.

Also, the questions is that what is the role of British High Commission here in India and for that matter in other countries as well who need to contact their national and make them aware of what the British government is doing to take them back to the UK and once they are there how well they are protected.

WION: What do you have to say about the ground situation in the UK which seems going out of control? Can you also comment on the way the UK is progressing?

Navin Shah- I'm closely following through the media what is being done in the UK by the government there and am content with their directions so far. I don't believe that the situation there is out of control. From my first-hand knowledge, I feel reassured that the Mayor of London is doing everything he can to work with the PM and agencies to keep Londoners safe. This is a very complex problem and a big challenge for all governments. We need to be vigilant.

WION: How do you think the UK and India, can help each other in such a situation?

Navin Shah- It is upon all countries to work together to attack the biggest ever threat faced by the humankind and that is why there is need to co-operate, learn lessons from situation in other countries -good practices for saving lives. We have to look at this issue comprehensively.

There is also a challenge on how people who are trapped in foreign countries are repatriated. We need strategic plans which is an international plan who are stranded can expect from their respective countries. We should follow their guidelines to make sure of safety.