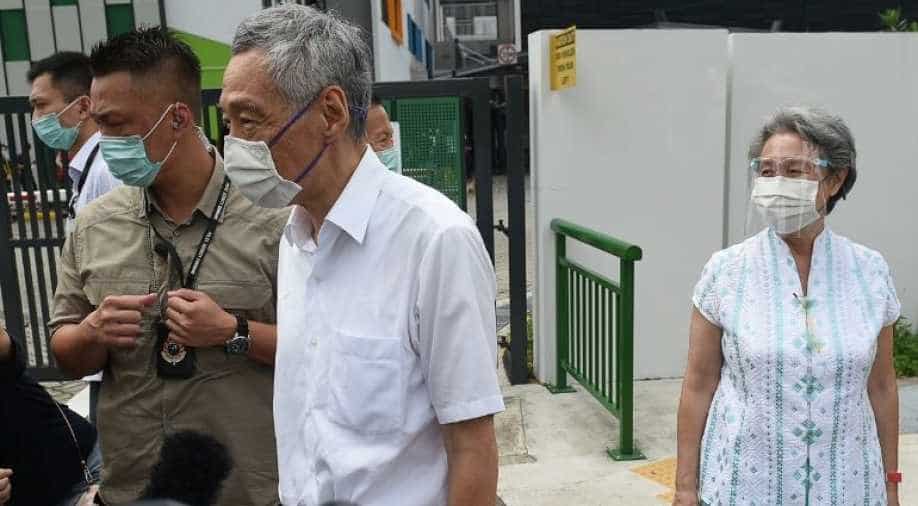 The Opposition Workers' Party -- led by Indian-origin leader Pritam Singh -- won 10 seats, including the GRC of Sengkang where it defeated the PAP's team led by Minister in the Prime Minister's Office Ng Chee Meng. Meng is also the Secretary-General of the National Trades Union Congress.

Some 2.65 million Singaporeans donning face masks and gloves voted in the elections for selecting 93 members of Parliament out of 192 candidates contesting for seats through 17 GRCs which groups together candidates in four or five, and 14 Single Member Constituencies.

The PAP has ruled Singapore since independence with absolute majority. Eleven political parties, including the PAP, campaigned for nine days amid the unprecedented challenge of COVID-19 that has pushed the city-state's economy towards the worst-ever recession in nearly two decades.

Prime Minister Lee last month called for general elections 10 months ahead of schedule to "clear the decks" and give the new government a fresh five-year mandate to focus on the national agenda.

Lee's PAP has won every election since the late 1950s. The ruling PAP is the only party with candidates contesting on all 93 seats. This is the second general election that the opposition has fielded candidates in all seats in Parliament.

In the last elections in September 2015, the PAP contested all 89 seats and won 83 of them, an absolute majority in the house.

Lee, who is the country's third prime minister, has led the government since 2004. His father Lee Kuan Yew was Singapore's first prime minister and he transformed the city-state into an affluent nation during his 31-year rule.