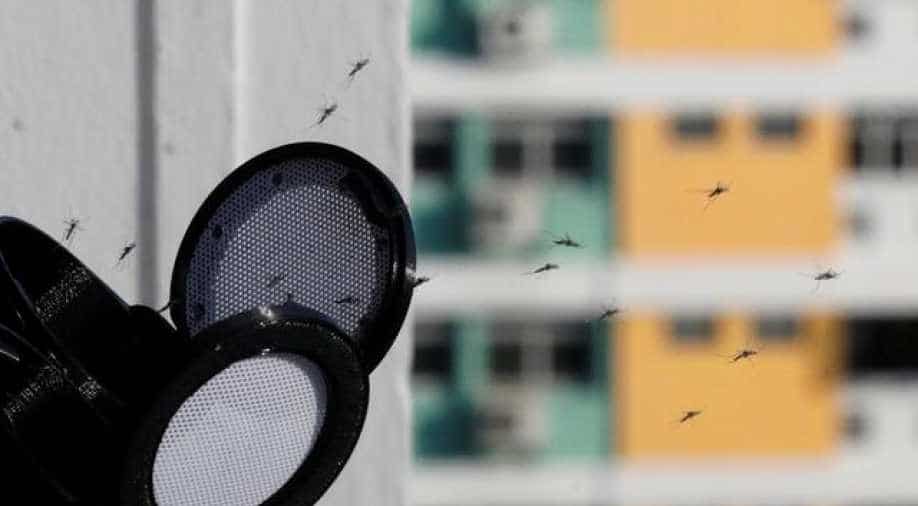 Singapore - a tiny Southeast Asian island nation of 5.7 million people - has recorded more than 26,000 dengue cases this year, surpassing the previous annual record of around 22,000 in 2013 with four months still remaining.

The latest contraption authorities in Singapore have devised a new way to combat a record outbreak of the tropical disease dengue -- lab-reared male mosquitoes are being released outside housing blocks.

These bacteria-carrying males fly off and mate with a wild female mosquito. The resulting eggs don't hatch.

And the population of mosquitoes is inhibited.

Singapore’s specially bred mosquitoes carry a bacteria that prevents eggs from hatching, and “compete with the wild type,” leading to “a gradual reduction of the mosquito population,” said Ng Lee Ching, the official heading the Wolbachia project, named after the bacteria.

Some areas with high mosquito populations have seen up to 90% declines using this technique, she added.

Singapore - a tiny Southeast Asian island nation of 5.7 million people - has recorded more than 26,000 dengue cases this year, surpassing the previous annual record of around 22,000 in 2013 with four months still remaining.

Dengue now poses a bigger threat than the pandemic.

In government laboratories, scientists breed the bacteria-carrying mosquitoes in rows of pallets - separating the male pupae for release in high-risk dengue areas.

For every person living in those areas, up to six Wolbachia mosquitoes are released each week, the environment agency said.

When male Wolbachia mosquitoes mate with females that don’t carry the bacteria, none of the resultant eggs will hatch.

The strategy has been successful in Australia but some experts say it might have its limits in dense urban areas such as Singapore.