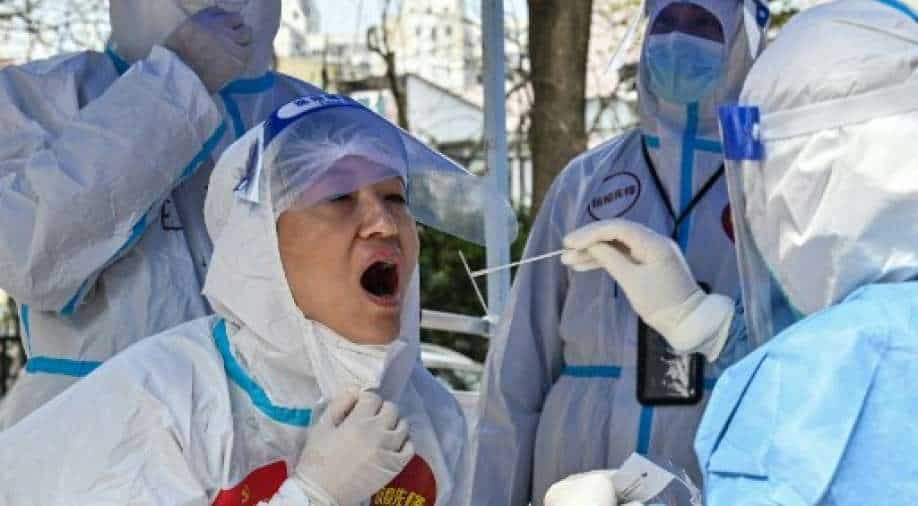 China continues to stick with its 'zero-COVID' policy, however, the number of coronavirus cases has reached record levels in the past month surpassing cases recorded two years ago.

As Shanghai battles the Omicron wave amid the lockdown, China's state-run Global Times said authorities had deployed 38,000 health workers during testing which is the largest number of medical aid since the virus broke out in Wuhan over two years ago.

Medical workers were sent from at least 15 provinces, the state-run newspaper informed.

The newspaper added that health workers had achieved the "mission impossible" as they finished sampling of 25 million residents. All Shanghai residents had taken nucleic acid coronavirus test on Monday which was the largest COVID-19 exercise so far in China.

Health officials said that after the sampling, testing and review will take place. The authorities have asked residents to remain at home until test results are announced.

China continues to stick with its "zero-COVID" policy, however, the number of coronavirus cases has reached record levels in the past month surpassing cases recorded two years ago when the virus was first reported in Wuhan. Health officials in Shanghai conducted antigen testing in the city in a bid to cut the transmission chain.

The present wave is being led by the Omicron variant as officials revealed they had detected a new Omicron subtype in Suzhou near Shanghai tentatively calling it BA.1.1.

Global Times had said the "unidentified" strain was not found previously anywhere in the world. On Sunday, China had recorded 13,000 local COVID-19 cases with Shanghai becoming the new epicentre of the virus.

Health officials on Monday extended the restrictions on transportation as Shanghai continues to record new coronavirus cases. Shanghai authorities had imposed a two-stage lockdown last week amid a surge in COVID-19 cases. The city recorded 13,086 new asymptomatic cases in the last 24 hours which was more than 8,581 from the previous day.

The country has been battling the virus for several months as the Delta variant cases increased in September last year, however, this year the Omicron variant has surged in the country as reports claim hospitals in Shanghai are on the verge of being overwhelmed.