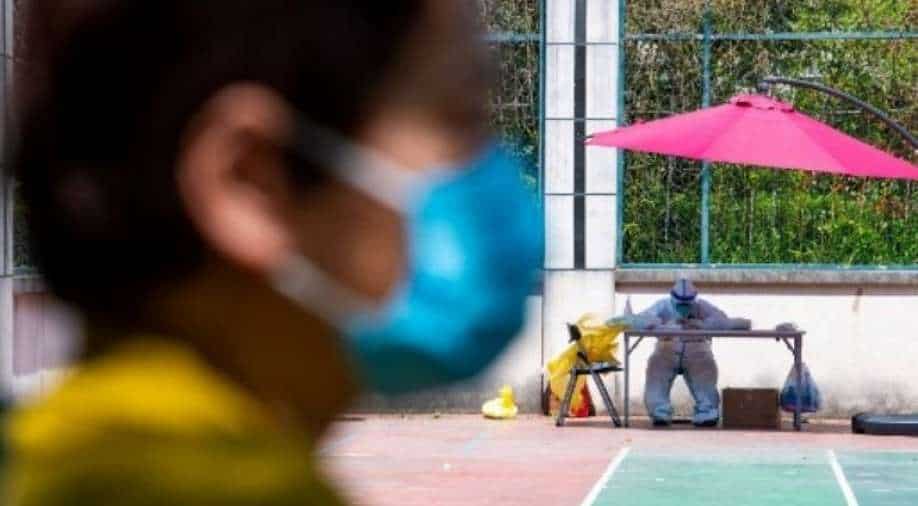 Beijing has responded to the US complaints, with Chinese foreign ministry spokesperson Zhao Lijian blasting the US for making "groundless accusations" and stressing that China's strategy is "scientific and effective." Photograph:( AFP )

In a positive sign for the city, Shanghai on Saturday said that no new daily Covid cases outside quarantine areas had been found. This has marked a milestone in Shanghai's battle to contain the virus. The recent outbreak had paralysed the city of 25 million.

Outbreak in Shaghai has kept Beijing on edge. At the start of the five-day Labour Day break, street were eerily quiet.

"You look at a city that used to be crowded and now is void. You wonder how these people manage to survive," said Li, 35, who works in the finance sector in Beijing, breaking into tears.

In the eastern commercial capital of Shanghai, scenes of houses and buildings ringed with fences to prevent residents from leaving have grabbed headlines at a time when most other countries in the world are learning to live with COVID.

China maintains a zero-COVID policy aimed at eradicating the disease, leading to frustration, especially in Shanghai, where many residents have been cooped up for more than a month. Some, struggling to find food and other daily necessities, have shown rare public opposition to the government's stringent controls.

If the zero-tolerance campaign works, however, it would be a victory for President Xi Jinping's approach in a year when he is expected to secure a precedent-breaking third term.

Shanghai officials did not discuss the break in COVID transmission at their daily news conference, but social media cheered the news.

"Shanghai has finally reached zero at the community level!!! May Shanghai wake up as soon as possible!!," said one post on the Weibo platform.