Several attempts made to force the border, says Poland amid migrant crisis with Belarus 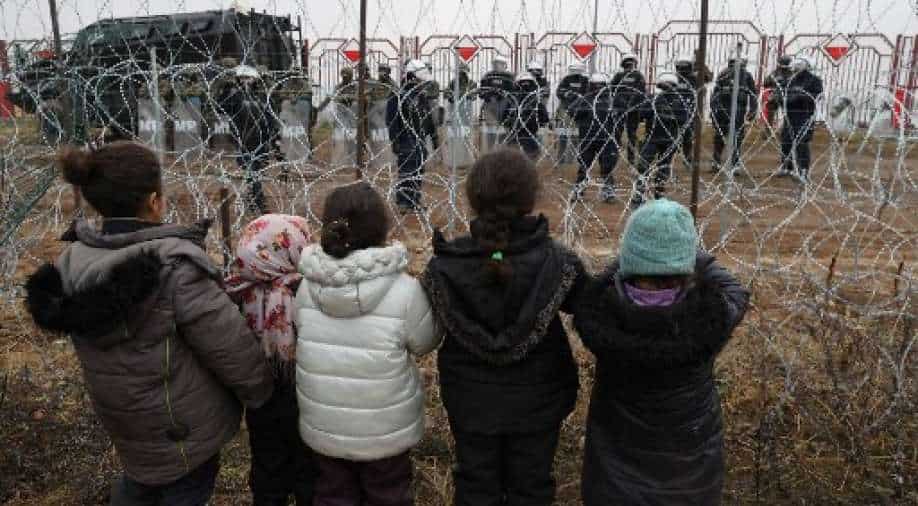 Migrants aiming to cross into Poland camp near the Bruzgi-Kuznica border Photograph:( AFP )

Poland authorities had earlier said that Belarus was trying to push migrants into the country just hours after it had reportedly pulled them back.

As the migrant crisis continues between Poland and Belarus, Polish defence minister Mariusz Blaszczak that the issue will continue for months.

Yesterday near #DubiczeCerkiewne several attempts to force the border occurred. The largest group consisted of about 200 foreigners. The foreigners were aggressive, throwing stones, firecrackers, and using tear gas. https://t.co/mjbdl5Zair

Poland said several attempts were made to force the border near Dubicze Cerkiewne. The authorities said the migrants were "aggressive, throwing stones, firecrackers and using tear gas".

Also Read | Risk for leader of Belarus: Migrants he lured may want to stay

The Western countries have blamed Belarus President Alexander Lukashenko for the crisis at the border.

Amid the row with Belarus, Estonia had said it was sending 100 troops to Poland, a move which was lauded by  Blaszczak.

We are happy to accept Estonia's proposal. We are conducting talks to agree on the details of this support. More information soon. https://t.co/KG7U35J45z

Although the Belarus president has consistently denied any role in the migrant crisis, however, on Friday he reportedly said that it was "possible" his forces may helped the migrants to cross over to Poland.

The migrants consist mostly of Iraqi Kurds. Belarus said it had repatriated some people to Iraq, however, several hundred still remain at the border in freezing condictions.

Poland authorities had earlier said that Belarus was trying to push migrants into the country just hours after it had reportedly pulled them back as border guards accused the  Belarusian authorities of bringing the migrants in trucks.