Poland to build a wall, as migrant crisis escalates at Belarus-Poland border 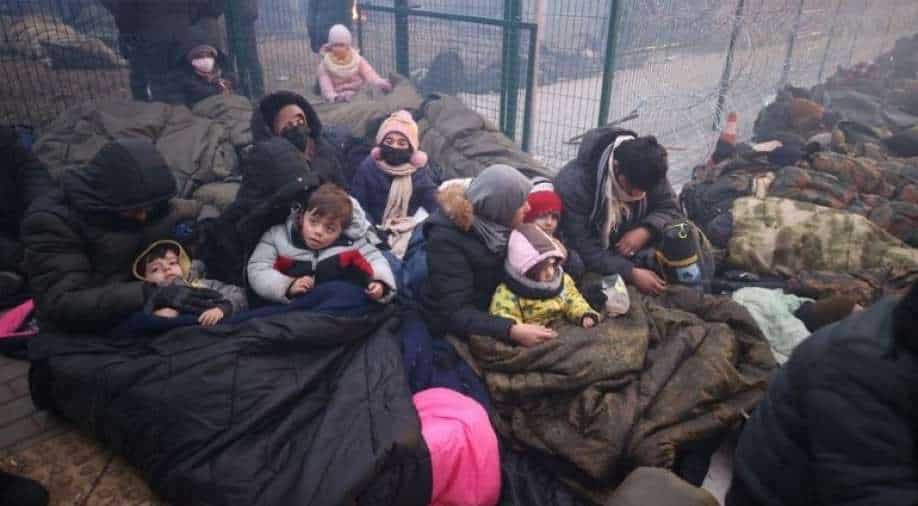 Migrants set up a camp at the Bruzgi border post on the Belarusian-Polish border near the Polish Kuznica border crossing on November 15, 2021. Photograph:( AFP )

In response to the migrant influx, thousands of soldiers have been deployed to the border and a state of emergency has been declared, as well as a razor-wire fence hastily constructed by Poland

In a statement on Monday, Poland's interior ministry said the construction of a wall along its border with Belarus will begin in December and that it will be completed in the first half of next year.

"The undertaking which we must carry out is absolutely strategic and priority investment for the security of the nation and its citizens," Interior Minister Mariusz Kaminski said.

According to the ministry, the contracts will be signed by December 15, and construction of the border wall itself will begin later that month, with builders working 24 hours a day in three shifts.

It is estimated that the wall will cost 353 million euros ($407 million) and that it will extend 180 kilometres (112 miles), around half the length of the Poland-Belarus border.

The wall was approved by Parliament last month.

Since the summer, thousands of migrants, mainly from the Middle East have crossed or attempted to cross the Poland-Belarus border.

In response to the migrant influx, thousands of soldiers have been deployed to the border and a state of emergency has been declared, as well as a razor-wire fence hastily constructed by Poland.

Watch | Poland: Over 33,000 illegal attempts to cross the border

Many non-governmental organisations (NGO's) have warned of increasingly dangerous conditions. Poland's hardline stance on the crisis has attracted sharp criticism, with guards at the border pushing migrants and refugees away.