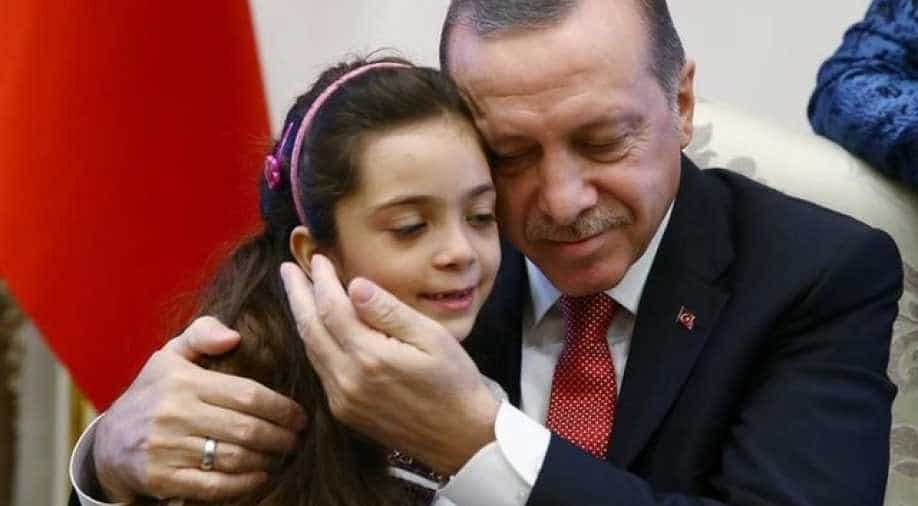 Photos circulated by the Turkish government show blogger Bana Alabed hugging Erdogan as she sat on his lap. Bana was accompanied to the palace by her mother Fatemah.

"I was pleased to host @AlabedBana and her family at the Presidential Complex today. Turkey will always stand with the people of Syria," Erdogan said on his official Twitter account.

While Bana has been praised by people across the world for painting a stricken picture of Aleppo, the Syrian government has accused her and her mother of propaganda.

Bana's Twiitter account is followed by 352,000 people ever since Bana started uploading images and videos of grisly events she witnessed during the six-year battle of Aleppo.

Turkey is housing 2.7 million Syrian refugees ever since war broke out between the forces loyal to Syrian President Bashar al-Assad and fighters backed by the US and other western countries.

However, Turkey has now stopped the influx of refugees, granting permission to only those who are wounded or those with special cases.

More than 310,000 people have been killed since Syria's conflict erupted in March 2011.