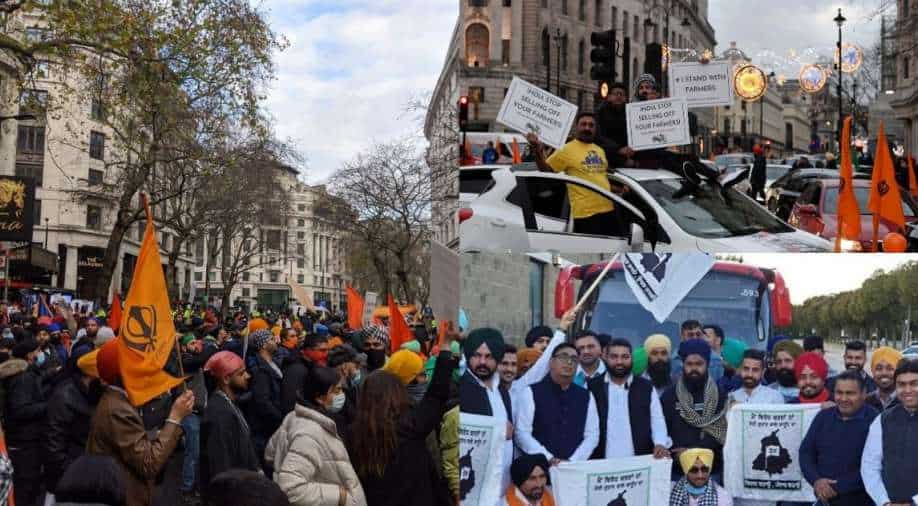 Canada and the UK are home to an influential Sikh community and Indian leaders say there are some fringe groups there that are still sympathetic to the cause of an independent Sikh state called Khalistan, carved out of India

India is concerned over the recent attempts by the extremists and Khalistani elements to influence the decision-making process and policy in Canada and UK on the farmer protest issue.

Canada and the UK are home to an influential Sikh community and Indian leaders say there are some fringe groups there that are still sympathetic to the cause of an independent Sikh state called Khalistan, carved out of India.

The farmers are protesting against the Farmers’ Produce Trade and Commerce (Promotion and Facilitation) Act, 2020, the Farmers (Empowerment and Protection) Agreement on Price Assurance and Farm Services Act, 2020, and the Essential Commodities (Amendment) Act, 2020.

Thousands of farmers have gathered at Delhi’s borders to protest against the new farm laws. Talks between the government and protesting farmers remained inconclusive on Saturday even after five rounds of discussions as union leaders stuck to their demand for the repeal of the new farm laws.

Khalistani terrorist Paramjeet Singh Pamma, who is on the National Investigation Agency’s most wanted list, was seen raising anti-India slogans at the Khalistani terror funded rally in London.

Paramjeet Singh Pamma is wanted in India for his involvement with designated terror group Sikhs for Justice, which is funded by Pakistan ISI.

Jagmeet Singh, the leader of Canadian Federal Opposition New Democratic Party described the “violence perpetrated” by the government against “peacefully protesting” farmers as “appalling”. Stating he stood in “solidarity” with the farmers, he called upon the Indian government to “engage in peaceful dialogue” with them.

Pro-Khalistan separatist groups in Canada have also joined the chorus of opposition to the farm laws against which the protests are being held. Sukhminder Singh Hansra, the senior member of Shiromani Akali Dal (Amritsar) Canada branch, wrote to Canada’s foreign minister François-Philippe Champagne, seeking intervention to protect the “fundamental rights” of the protesting farmers, adding that the Canadian Sikh community was “monitoring the situation very closely.” Hansra, one of the leading proponents of Khalistan in Canada, framed the matter in terms of self-determination.