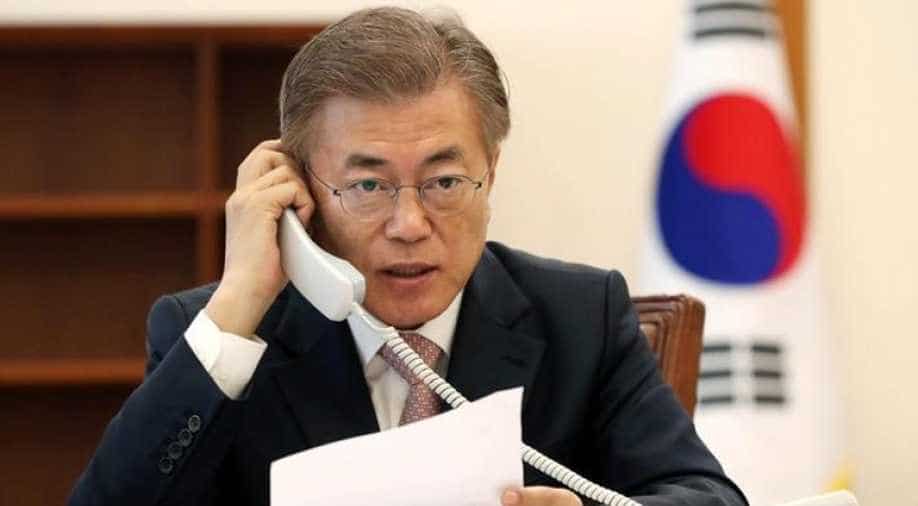 Ties between South Korea and China, who are important trade partners, have been strained by Seoul's decision to host a US Terminal High Altitude Area Defense (THAAD) anti-missile system. Photograph:( Reuters )

South Korea has accepted a last-minute invitation from China to a conference on a new Silk Road, days after a new president took office on Seoul pledging to engage in discussions with Beijing to ease tension over a US anti-missile system.

Ties between South Korea and China, who are important trade partners, have been strained by Seoul's decision to host a US Terminal High Altitude Area Defense (THAAD) anti-missile system in response to a growing missile threat from North Korea.

China has protested against the deployment saying the system's powerful radar can probe deep into its territory, undermining is security, destabilising the regional security balance and doing little to deter North Korea.

Leaders of 28 countries and senior officials from many more gather in Beijing on Sunday for to discuss Xi's initiative to expand trade links between Asia, Africa and Europe through billions of dollars in infrastructure investment.

But until Thursday, South Korea had not been invited.

Moon will send a delegation headed by Park Byeong-seug, a veteran member of parliament and a senior official of Moon's liberal Democratic Party, Yoon said.

In their telephone call on Thursday, Moon told Xi he "understands China's interest in the THAAD deployment and its concerns," Yoon said earlier.

Moon spoke to Xi about the difficulties faced by some South Korean companies doing business in China facing discrimination in retaliation for the THAAD deployment. China denies it has done anything to hurt South Korean businesses.

Park, the member of parliament heading the delegation, has been mentioned in South Korean media as a strong candidate to be Moon's special envoy to China.

The Belt and Road initiative has been used by Xi to help showcase China as an open economy, although many diplomats and business groups have been sceptical about China's aims.

North Korea, which considers China its sole major diplomatic ally and economic benefactor, is also expected to send a delegation to the two-day meeting in Beijing, the Chinese foreign ministry has said.