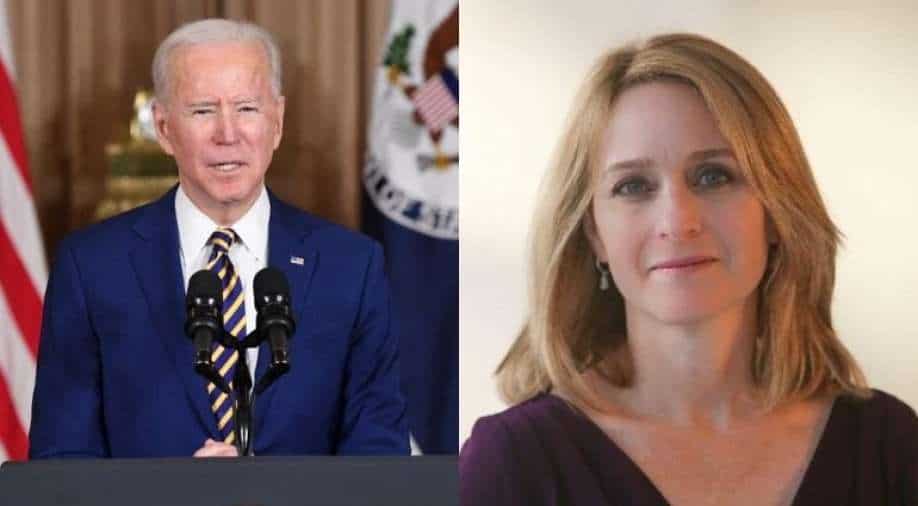 Kathleen Hicks has been confirmed by the US Senate as US President Joe Biden's Deputy Defence Secretary Photograph:( Others )

In a voice vote, senators confirmed Kathleen Hicks, giving US President Joe Biden his second Senate-confirmed Defence Department official about a week after her confirmation hearing, according to The Hill

In a voice vote, senators confirmed Kathleen Hicks, giving US President Joe Biden his second Senate-confirmed Defence Department official about a week after her confirmation hearing, according to The Hill.

Hicks, who led President Joe Biden's transition team at the Pentagon, was a deputy undersecretary of defence under the Obama administration. Before her nomination, she led the international security programme at the Centre for Strategic and International Studies.

Hicks's nomination garnered attention both because of the history-making aspect and because Defense Secretary Lloyd Austin pledged to empower Pentagon civilians, such as her to assuage senators concerned about him being a recently retired general, The Hill reported.

Austin previously has served on the board of Raytheon Technologies and agreed to recuse himself from decisions concerning the company, decisions involving the firm will fall to Hicks. During her confirmation hearing, Hicks said she supports nuclear modernisation and nuclear triad. She added that her involvement as deputy secretary will be on programmatic decisions and made clear she would defer to Austin and Biden on questions of US nuclear policy.

Hicks also left the door open to defence budget cuts, saying that while the country 'can afford the defence that it needs to have,' she thinks there are ways to trim the budget without sacrificing national security, The Hill reported.

Meanwhile, the Pentagon has projected relatively flat budgets for the next few years because of external pressures, such as ballooning US debt, but progressive Democrats are expected to push for at least a 10 per cent budget cut.