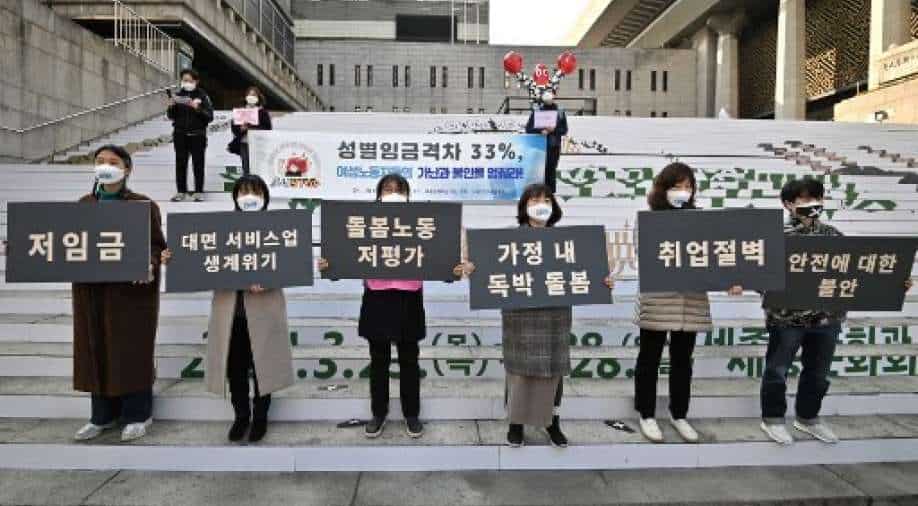 Reports say politicians in South Korea are seeking to criminalise so-called "semen terrorism" after cases of men secretly ejaculating into women’s belongings were punished for “property damage” leading to widespread anger among women in the country.

South Korea's sex crime law mandates the person must exercise violence or intimidation for it to be declared a valid crime. Now, politicians are trying to change the law.

Cases of men being given light fines in "semen terrorism" cases have led to criticism amid the #MeToo movement.

According to South Korean police, women accounted for 98 per cent of victims in nearly 10,000 cases of crimes against intimate partners in 2019 with an agency estimating that a woman was killed or nearly killed every 1.8 days.

A report claimed 3.4 sexual crimes are reported every hour in South Korea. According to Human Rights Watch (HRW), in 2008 less than 4 per cent of sex crimes prosecutions in South Korea involved illegal filming.

Digital sex crimes involving spycams were specifically targeted at women accounting for 80 per cent in spycam cases, the HRW report said, with 98 per cent of perpetrators being men in 2016.

In 2019, prosecutors dropped 46.8 per cent sex crime cases compared to 27.7 per cent homicide cases and 19 per cent robbery cases, the HRW report said.

Baek Hye-ryun, a lawmaker of the ruling Democratic Party has submitted an amendment bill in the country's Parliament as another lawmaker Lee Su-jin sought a broader definition of “indecent acts” by changing South Korea's criminal law code. Both bills are pending before Parliament.

75% of Europeans believe they are more concerned about the climate crisis than their governments: Survey