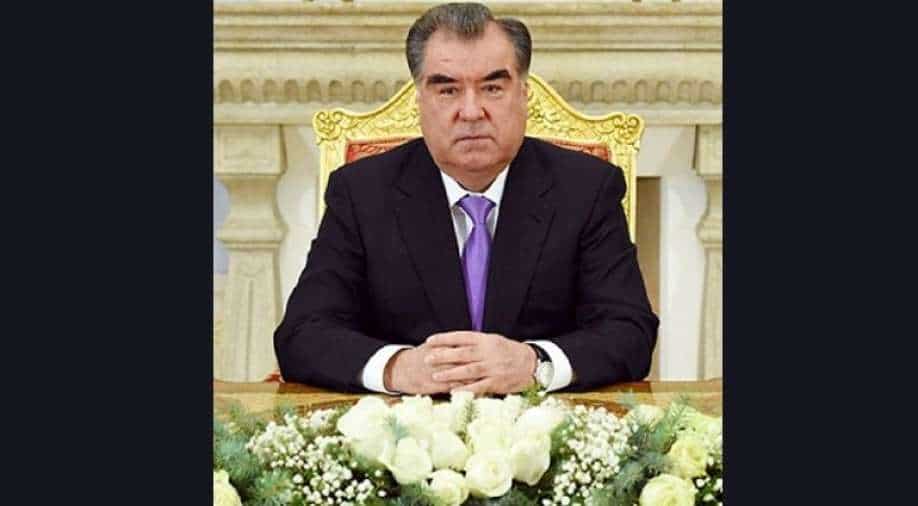 Shanghai Cooperation Organisation(SCO) as a grouping occupies 60 per cent of the Eurasian continent which is over 34 million square kilometres on which 3 billion people reside accounting for almost half of the world's population.

Tajikistan will be holding the Shanghai Cooperation Organisation (SCO) heads of state summit on September 16-17 in the capital Dushanbe, the country's president Emomali Rahmon has announced.

Speaking to Khovar National News Agency, President Rahmon while pointing out the key focus areas said,"The main task is to strengthen the potential and international position of our organization" and amid the COVID-19 pandemic "it is extremely important to build up trade and economic cooperation within the SCO space."

On the issue of terror, he said, it is necessary "to promote the joint purposeful work to combat global threats and security challenges. The issues of cybercrime and countering the spread of various radical ideologies, especially among young people, require special attention." SCO Regional Anti-Terrorist Structure (RATS) on one such group in the body working on counter-terror policies.

Tajikistan, as the chair, will also focus on hydropower, as one of the ways in dealing with climate change.

The president said, "The joint use of Tajikistan's immense hydropower potential will significantly increase the level of energy supply to the countries of the region, reduce the cost of its production, reduce the damage to the environment, including by limiting the volume of carbon dioxide emissions into the atmosphere.".

Tajikistan has 13,000 glaciers and about 1,000 rivers, which form more than 60 per cent of Central Asia's water resources.

SCO as a grouping occupies 60 per cent of the Eurasian continent which is over 34 million square kilometres on which 3 billion people reside accounting for almost half of the world's population.

Mongolia, Belarus, Afghanistan, and Iran are the observers in the grouping, while Armenia, Azerbaijan, Turkey, Cambodia, Nepal and Sri Lanka have received dialogue partner status.