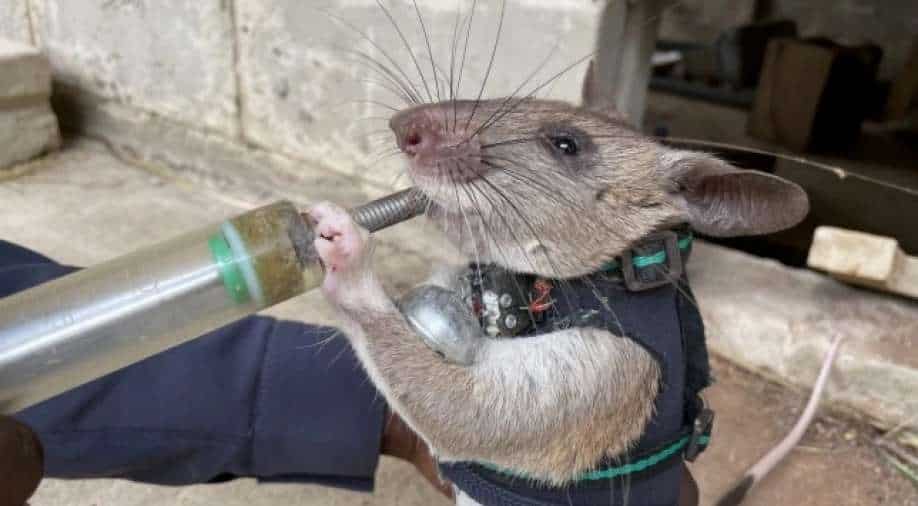 Scientists are training rats to rescue earthquake survivors while wearing tiny backpacks which contain microphones and location trackers so that rescuers can trace and speak to them.

So far seven rodents have been trained to wade their way into the debris. It is taking merely two weeks to make them fully equipped. The rats were chosen because of their size and agility which makes them the perfect companion in disaster zones.

The project is being helmed by scientist Dr Donna Kean, 33, from Glasgow. She has been working in Morogoro, Tanzania, over the past year for non-profit organisation APOPO as part of their project ‘Hero Rats’, reports Metro newspaper.

Kean, who studied ecology at Strathclyde University before and also has a PhD at Stirling University, was fascinated by how quickly rats can learn and be trained.

She brushed misconceptions about rodents being unhygienic and described them as ‘sociable’ creatures. She believes that these well-trained rats will save countless lives one day.

‘Rats would be able to get into small spaces to get to victims buried in the rubble. We have not been in a real situation yet, we have got a mock debris site. When we get the new backpacks we will be able to hear from where we are based and where the rat is, inside the debris. We have the potential to speak to victims through the rat,” Kean was quoted as saying.

The rodents will get the chance to work in the field when they are sent to Turkey, which is prone to earthquakes, to work with a search and rescue team, GAE, reports Metro newspaper.