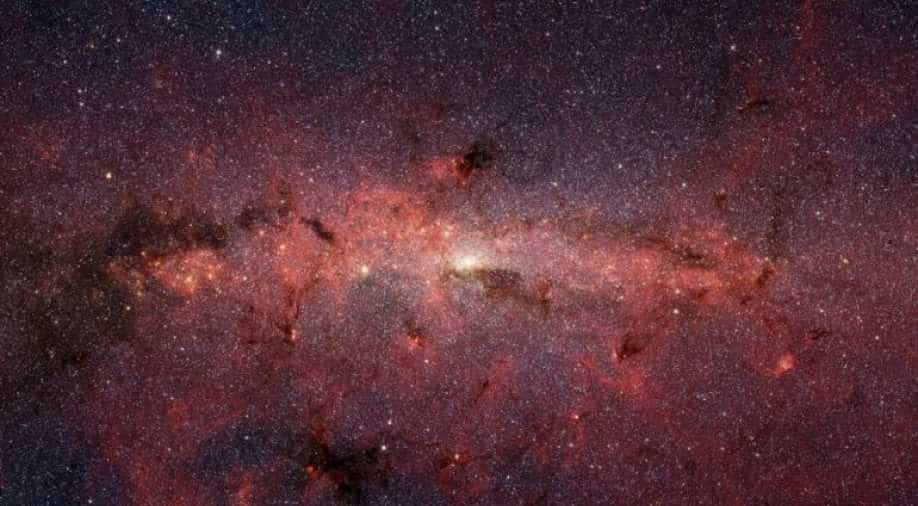 Astronomers from the institution managed to capture an image of the galaxy and can now reveal what it looked like 11 billion years ago.

A team of scientists has discovered a galaxy that looks like a "cosmic ring of fire" and could help us understand more about how galactic structures form and evolve, according to CNN.

The report said the incredibly rare kind of galaxy has a similar mass to our Milky Way but is shaped like a doughnut with a hole in the middle, according to a press release from the ARC Centre of Excellence for All Sky Astrophysics in 3 Dimensions (ASTRO 3D).

Astronomers from the institution managed to capture an image of the galaxy and can now reveal what it looked like 11 billion years ago.

"It is a very curious object that we've never seen before," said lead researcher Tiantian Yuan, from the center, in a statement. "It looks strange and familiar at the same time."

The galaxy, which has been named R5519, is 11 billion light-years from our Solar System.

The hole at its center has a diameter two billion times longer than the distance between Earth and the sun, according to the press release on Monday.

"It is making stars at a rate 50 times greater than the Milky Way," said Yuan. "Most of that activity is taking place on its ring -- so it truly is a ring of fire."

The discovery is described in full in the journal Nature Astronomy.

Yuan and a group of colleagues from around the world used spectroscopic data to identify the galaxy, and evidence suggests it may be the first "collisional ring galaxy" located in the early universe.