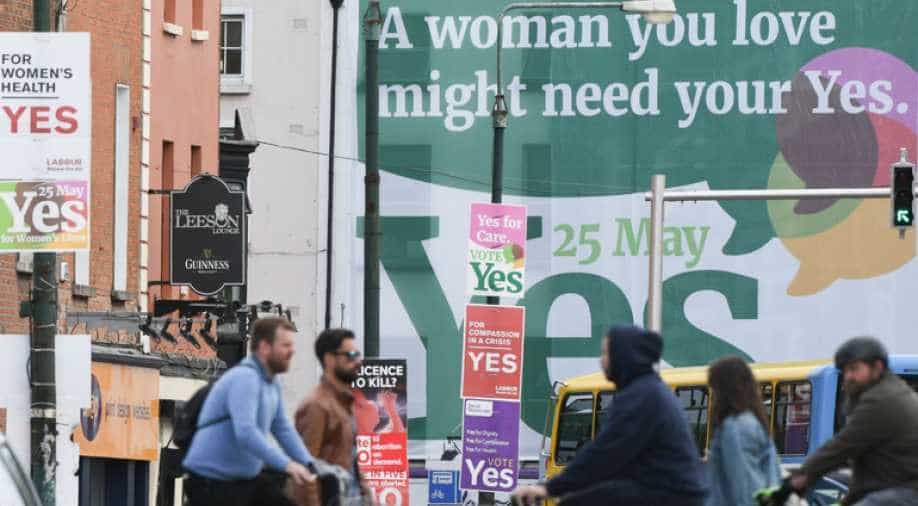 As Ireland gets ready for a landmark referendum on Friday against anti-abortion laws, the parents of Savita Halappanavar hope that the country goes for 'yes' vote and facilitate scrapping of the law that killed their daughter.

Ireland's fight against its strict abortion laws got more impetus in 2012 when an Indian woman Savita Halappanavar died after she was refused an abortion during a miscarriage. According to reports, Halappanavar repeatedly asked for a termination but was refused because there was a foetal heartbeat.

31-year-old Halappanavar was 17 weeks pregnant when she was admitted to University Hospital Galway in Ireland due to septic miscarriage. She died five after she was refused a termination. The incident outraged people all across, especially those who belonged to the Indian community.

A widespread public debate eventually mounted pressure on the Irish government forcing it to change the abortion legislation and allowing the procedure in cases where there is a threat to the mother's life. However, termination of pregnancy in cases of foetal abnormalities, pregnancy complications, miscarriage, rape was still prohibited.

This Friday, Ireland will decide whether it would repeal the eighth amendment of the Irish constitution which identifies the life of the baby and mother as equal.

If repealed, the people of Ireland will succeed at overturning one of the strictest abortion laws in Europe. Women, who now have to go all the way to London, UK will then enjoy the right to demand an abortion.

Halappanavar's parents, as quoted in various media reports, bat for 'yes' vote and urge the people of Ireland to render the subversive law as redundant, ineffective. Her parents feel that Savita had a long life which was cut short mercilessly and that the same should not happen to other women.

Halappanavar's father, Andanappa Yalagi, told a UK-based newspaper that voting against the anti-abortion on Friday will ensure that women in Ireland will not be subjected to what his daughter went through and that by voting in favour of free abortion policies will do a great service to her "departed soul".

Swiss glaciers melt at record rate, lose over 6% volume in 2022