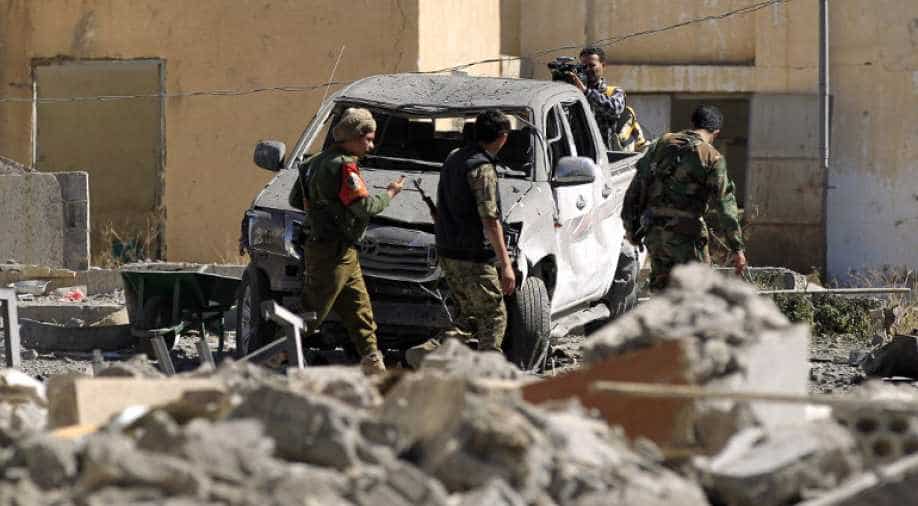 File photo of an air strike in Yemen. Photograph:( AFP )

An air strike by the Saudi-led coalition fighting in Yemen killed 12 civilians, including seven children, in the costal city of Hodeidah on Monday, medics and a witness said.

Security officials added that the air strike had wounded at least 30 people on Tuesday.

International rights groups have accused the coalition of bombing civilian gatherings, markets, hospitals and residential areas across Yemen since the beginning of its air campaign against Iran-backed rebels, known as Houthis, in March 2015.

Medics and a witness who saw the wreckage said the air strike had destroyed a house in al-Hali district, where displaced civilians from other provinces were settled.

A spokesman for the Saudi-led coalition told Reuters: "We take this report very seriously and it will be fully investigated as all reports of this nature are - using an internationally approved, independent process. Whilst this is ongoing, it would be inappropriate to comment further."

Hodeidah is home to the impoverished country's biggest port from where most of the humanitarian aid reaches millions of civilians on the brink of famine. The operation of port, controlled by the Iran-aligned Houthis, was not affected by the air strike.

Saudi Arabia and the United Arab Emirates intervened in a civil war in Yemen in 2015 against the Houthis to restore the internationally recognised government of President Abd-Rabbu Mansour Hadi.

The alliance, which includes other Sunni Muslim states, has conducted thousands of air strikes targeting Houthi fighters and has often hit civilian areas, although it denies ever doing so intentionally.

The war has killed more than 10,000 people, displaced more than 2 million and driven the country - already the poorest on the Arabian Peninsula - to the verge of famine.