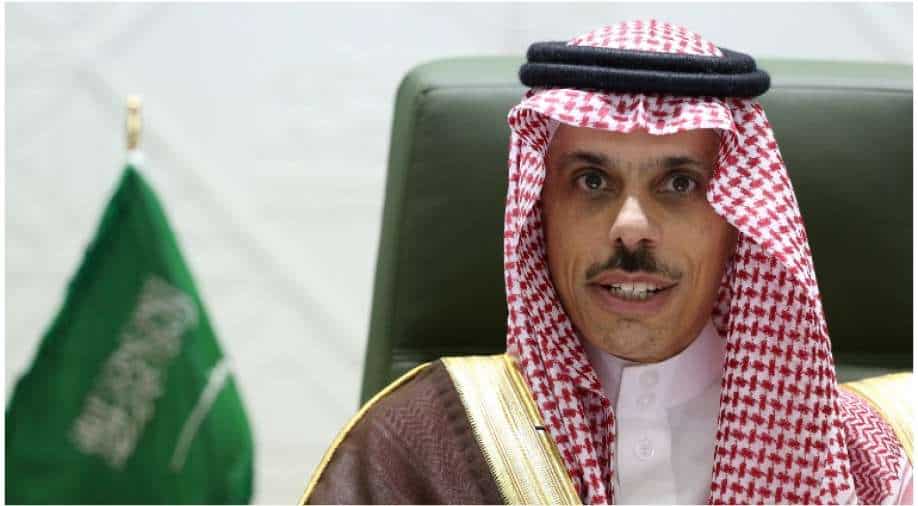 Pre-dawn Israeli strikes in the centre of Gaza City on Sunday brought the death toll in Gaza to 181, including 52 children, health officials said. Israel has reported 10 dead, including two children

Saudi Arabia on Sunday condemned "flagrant violations" of Palestinian rights by Israel and called for global action to end the recent spike of violence. Other Gulf states that recently established ties with Israel said a ceasefire was needed in order to maintain regional stability.

Saudi Foreign Minister Prince Faisal bin Farhan Al Saud, addressing a meeting of the Organisation of Islamic Cooperation (OIC) as hostilities between Israel and militants in Gaza entered a seventh day, condemned what he called the violation of the sanctity of Islamic holy sites.

The foreign minister also denounced "forcible eviction of Palestinians from East Jerusalem. He urged international community to end this "dangerous escalation" and revive peace negotiations based on a two-state solution.

Pre-dawn Israeli strikes in the centre of Gaza City on Sunday brought the death toll in Gaza to 181, including 52 children, health officials said. Israel has reported 10 dead, including two children.

Islamist militant group Hamas began its rocket assault on Monday after weeks of tensions over a court case to evict several Palestinian families in East Jerusalem, and in retaliation for Israeli police clashes with Palestinians near the city's Al-Aqsa Mosque, Islam's third holiest site, during the holy month of Ramadan.

Israel has retaliated with air and artillery strikes into Gaza.

The fighting comes at a sensitive time for Arab states like the United Arab Emirates and Bahrain which last year broke a longstanding taboo in the region by establishing formal ties with Israel, with tacit approval from Gulf power Saudi Arabia.

Emirati and Bahraini ministers at the virtual gathering of the 57-member OIC called for a ceasefire and stressed the importance of preserving the identity of Jerusalem, which contains sites sacred to Judaism, Islam and Christianity.

"De-escalation and the highest degree of restraint are important to avoid dragging the region to new levels of instability," said UAE Minister of State for International Cooperation Reem al-Hashimy.

Israel sees all of Jerusalem as its eternal and indivisible capital, while the Palestinians want the eastern section as a capital of a future state. Israel’s annexation of East Jerusalem is unrecognised internationally.

Turkish foreign ministry sources said Foreign Minister Mevlut Cavusoglu told the OIC that Israel should be held accountable for war crimes and that the International Criminal Court could play a role. He also called for an international protection mechanism for Palestinian civilians, they said.