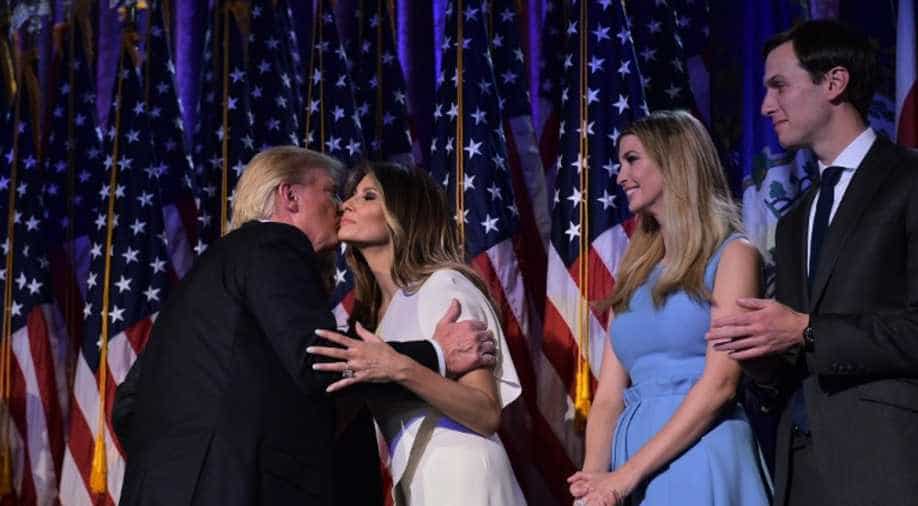 Ronald Rump has reached the Whitest house of the United States of America. Hearing this, there is now a pussy riot in the US also. With love, from Russia.

A self-proclaimed lover of curves will now occupy an oval office. How about that! If you wish hard enough, strong enough, the cosmos serves up your wish.
Women, white women precisely, have made Rump come. To the highest office, that is.

Defying expectations, women voters slammed the door on the face of his woman opponent, Hilarious Contender. They didn't like her shimmying.

There were reports of topless protests by women against Rump when the country went to the polls. A Hindu soothsayer read that as a good omen. No wonder Rump loves the Hindus, even if a little less than he loves his steak.

Clearly, Contender and her supporters had underestimated Rump’s charm.

But all is not well with the women who will now work with Rump. Sources inside the whitest, brightest house have said there has been a deluge since yesterday of resignation letters from female staff.

One source said women had kept two letters ready, bracing for any eventuality: Rump’s presidency or the return of the intern banger.
It is likely that the house will house only an all-male staff now.

A letter has already been issued by Rump’s aide to the house chef ordering him to stop serving women guests food. The aide said, “Rump does not want to be blamed for women getting fat. He can’t be too careful!”

Meanwhile, protocol officers have been instructed to buy stocks of higher high heels and smaller swimsuits, to be gifted to visiting female dignitaries and wives accompanying their statesmen husbands.

In her congratulatory message to Rump, Germany’s Angel Mermaid expressed her displeasure at such a move. These are not the values that Germany and the US share, she said. Mermaid has been championing the right of heads of state to wear boring clothes.

Naren Moody of India, on the other hand, has applauded Rump’s decision. It is to be noted that Moody’s wife does not accompany him anywhere on his many state visits.

Analysts are awaiting Saudi Arabia’s reaction to Rump’s ascent to the house and the already growing stocks of swimsuits and heels there. It has been murmured in the alleys of think hubs like Crookings that the US and Saudi Arabia are headed for a nasty split.

While Rump’s campaign slogans on the strict vetting of immigrants have already strained their relationship, the swimsuit is the straw breaking the Saudi camel’s back.

‘Ronald Rump versus Hilarious Contender’ – this was the stuff American nightmares are made of.

Iranians, Indians, Pakistanis, Malawians, Guatemalans, Azerbaijanis on the other hand were seen amorously caressing their passports on voting day. Thank god, they said among themselves, at least we don't have to make the choice.

The ones without passports have disappeared off the streets.

Reports from Mexico suggest that the excitement around heels and swimsuits has been marred by apprehensions about funding the “wall”. Preparing for the increased taxes, immigrant Hispanic women in the US have switched to wearing swimsuits as a cost-cutting measure. Which of course is helping the businesses of Mexican drug dealers and rapists thrive.

Psephologists and journalists predicting a resounding victory for Contender riding on the women’s vote are gasping. They are now packing their bags for Canada.
Tarek Fatah awaits them there.

* This is a satire and is not to be taken seriously