Sand crisis? World is running out of crucial but underappreciated commodity 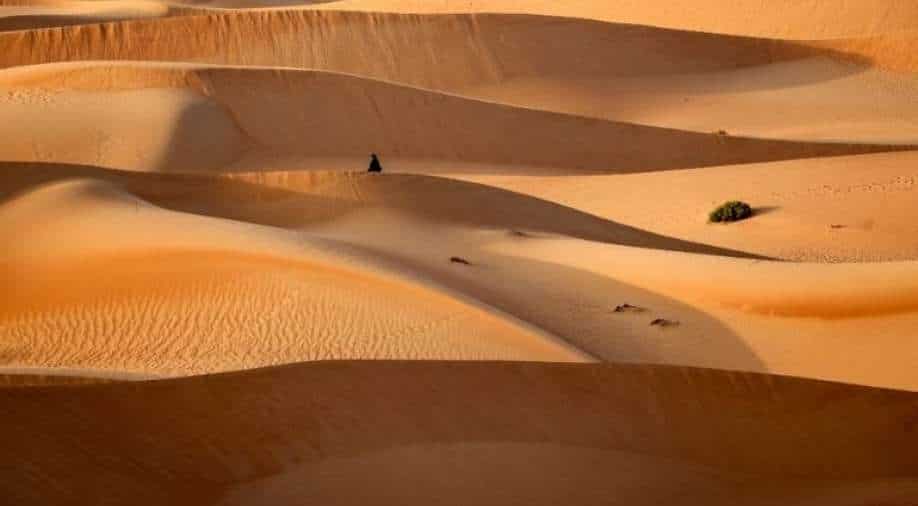 A woman tourist is seen while on a tour in the sand dunes at the Telal Resort on the outskirts of the city of al-Ain at the far east of the Gulf emirate of Abu Dhabi Photograph:( AFP )

The world is running out of a crucial but underappreciated commodity, that is, sand.

Sand resource governance is one of the greatest sustainability challenges of the 21st century.

Sands, gravels and aggregates are the world's second most exploited resource after water.

The use of these materials has tripled over the last two decades ranging between 40-50 billion metric tons/year. This trend is expected to continue as demand is still growing due to infrastructure development trends, urbanisation and population growth.

According to a report by the UN environment programme, globally 75 per cent to 90 per cent of the world's beaches are retreating.

In Indonesia, 24 islands have already disappeared. While in Florida, nine out of 10 beaches are fading away.

According to a climate activist with the UN environment programme, the main cause of this is the Pascal Peduzzi, that is, break-neck urbanisation.

Cities are expanding all across the globe at a scale far greater than any time in human history. The number of people living in urban areas has more than quadrupled since 1950 to approximately 4.2 billion today.

The United Nations predicts that another 2.5 billion will join them in the next three decades. This is equivalent to adding eight cities the size of new york every single year.

Enormous quantities of sand are being processed into construction material. It is being used to manufacture cement which in turn is being used to build roads, bridges, railway lines and homes.

The world is consuming roughly 50 billion tons of sand on an annual basis. 58 per cent of the world's construction activities are sand-fueled.

Lagos, the largest city in Nigeria is adding a 2,400-acre urban extension to its shoreline.

Meanwhile, China, the biggest consumer of this commodity, is adding hundreds of miles to its territory through islands built on sand.

Even Saudi Arabia, which literally sits on an enormous desert is importing sand from Australia.

Is the construction boom the only reason driving the sand crisis?

According to another report, the coronavirus pandemic could be making the sand shortage worse.

Sand is heated to make glass and vaccines are being stored in glass vials.

At the current speed, the world will need something like two billion excess glass vials in the next two years itself.

Scientists believe this will further intensify the global sand shortage.